AN AMERICAN military general has revealed he was frightened Donald Trump and his allies might attempt a coup in an effort to stay in power following Joe Biden's presidential election victory last November.

Chairman of the Joint Chiefs General Mark Milley claims he was so shaken up by the idea that he and his colleagues began planning ways to stop the former president, if indeed he attempted an illegal power grab.

According to excerpts of an upcoming book obtained by CNN, Gen. Milley and the other Joint Chiefs agreed that they would resign, one-by-one, rather than carry out orders from Trump that they considered to be illegal, dangerous or ill-advised.

Milley reportedly spoke to friends, lawmakers and colleagues about the threat of a coup, and the Joint Chiefs chairman felt he had to be "on guard" for what might come.

"They may try, but they're not going to f**king succeed," Milley told his deputies, according to the book. 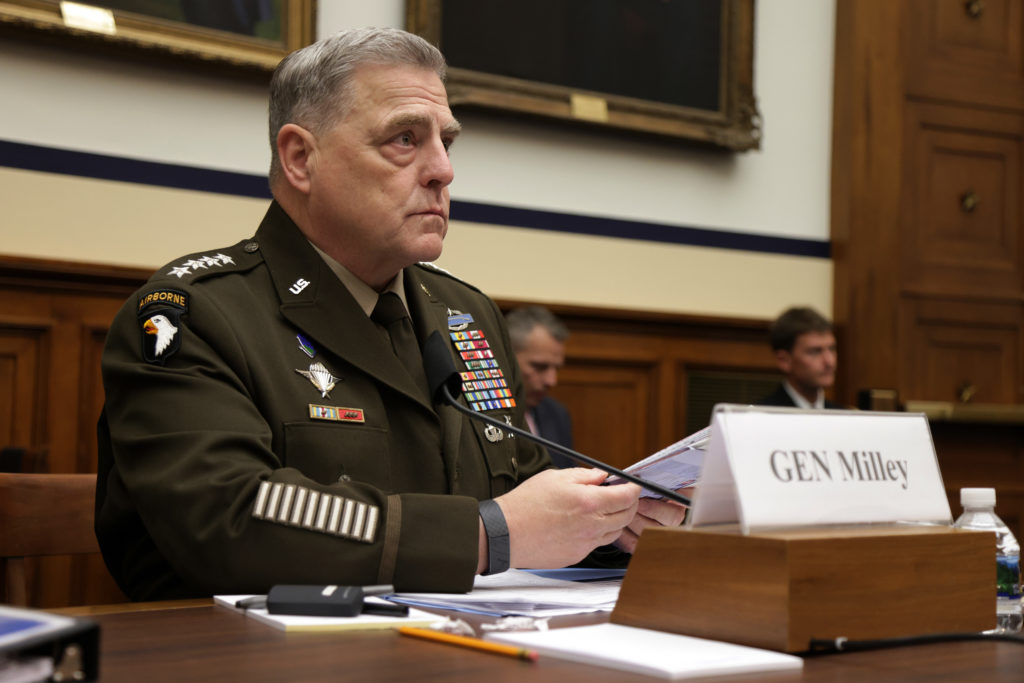 U.S. Chairman of the Joint Chiefs of Staff General Mark Milley claims he feared Trump would attempt a military coup to hold onto power following his election defeat to Joe Biden.

The book, 'I Alone Can Fix It,' was written by Washington Post journalists Carol Leonnig and Philip Rucker and is set for release next week.

It chronicles Trump's final year as president, with a behind-the-scenes look at how senior administration officials and Trump's inner circle navigated his increasingly unhinged behaviour after losing the 2020 election.

The book details how, for the first time in modern US history, the nation's top military officer - whose role is to advise the president - was preparing for a showdown with the commander-in-chief because he feared Trump would attempt a coup.

Trump himself was interviewed for more than two hours by Leaning and Rucker while they were writing the book.