THOUGH summer is just around the corner, a heavy snow shower was filmed at Knock Airport in the West of Ireland yesterday.

The footage was uploaded to the airport's Facebook page, showing a blanket of white over the area around the airport with the snow falling thick and fast.

While a white Christmas is always welcomed, snow at the end of April was perhaps not expected.

"Anyone fancy a bit of skiing we have some great late deals for ski lessons at the airport this evening," the Knock Airport team joked on Facebook.

The video has been viewed more than 150,000 times on Facebook since it was uploaded.

Watch the video below

Snow at Ireland West AirportAnyone fancy a bit of skiing we have some great late deals for ski lessons at the airport this evening :) all today's flights operated as normal particularly the flights to the Canary Islands!!! #snowinginApril

Despite the unseasonal weather, the snow did not last long - with the sun peeping out from the clouds soon after.

The airport staff shared pictures of the weather just hours later on its Facebook page.

A clear, sunny evening with blue skies followed the the snow. 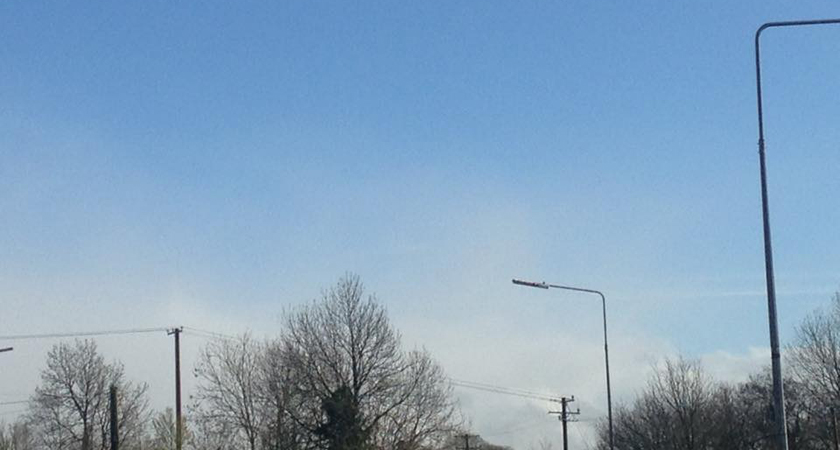 The snow was followed by the sun. (picture: Facebook)