A vigil outside Leinster House in Dublin on Friday (Image: Sam Boal / RollingNews.ie)

VIGILS have been held around Ireland following the murder of two men in Sligo this week.

The body of Aidan Moffitt, 42, was found in his home at Cartron Heights in Sligo at 8.30pm on Monday.

Just over 24 hours later, the body of Mchael Snee, 58, was found at his home at Connaughton Road, Sligo.

Both men had sustained a serious physical assault and had suffered significant injuries. 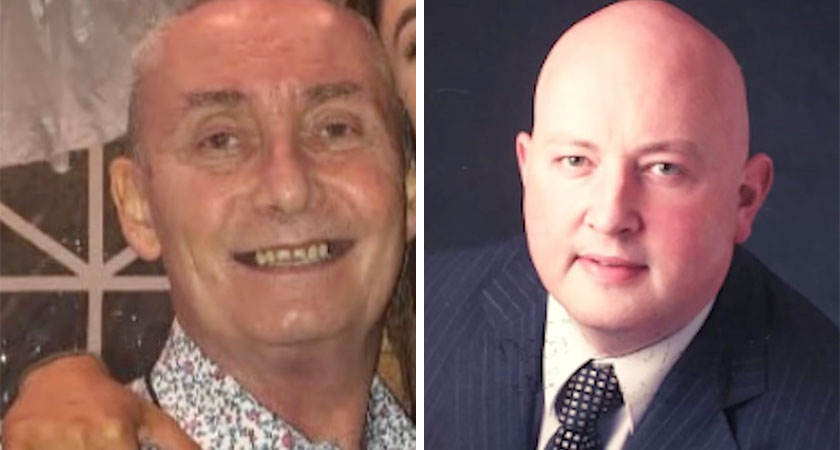 A 22-year-old man has been charged with their murders, as well as a separate assault.

Speaking earlier this week, Garda Chief Superintendent Aidan Glacken said they were investigating whether there was a hate-related motive behind the killings.

Vigils outside Dáil Éireann in Dublin, City Hall in Belfast and Town Hall in Sligo were just some of the many demonstrations held across Ireland on Friday night.

Further vigils took place on Saturday, including in Donegal, Galway and Wicklow, as well as at the Irish Centre in London.

Speaking at a vigil in Dundalk on Friday evening, Sinn Féin TD Ruairí Ó Murchú TD said there was no room for hate in Ireland and that people had to work together to make the country more inclusive.

"We all have to reassess where society is," said the TD for Louth.

"We all thought we were through all these sorts of problems, that we were in a new Ireland.

"It is a lot better than it was but it's not where it needs to be."

Writing on social media afterwards, he said: "Homophobia in all its forms and violence targeted against anyone because of their sexual orientation should never be tolerated.

"It has no place in our society."

At a vigil on Dublin on Friday, Dr Umar Al-Qadri of the Irish Muslim Peace & Integration Council praised people for coming together to face the 'shadow of tragedy and fear'.

"We come here to attest to our togetherness, to tell the world that we will face down the cruel dehumanisation and otherisation of LGBTQI people together, that we will beat homophobia together," he said.

Further vigils are planned for Monday, including at Bishop Lacey Park in Cork, The Square in Tralee, Kerry, Arthur's Quay in Limerick and at Arklow Bandstand in Wicklow.

All the demonstrations are due to get under way at 6pm.

Thank you to everyone in Galway who showed up to remember Michael Snee and Aidan Moffitt.

In dark times it is some comfort to see the huge solidarity with their loved ones, the LGBT+ community in Sligo and beyond as well as all victims of bigotry and abuse. pic.twitter.com/vDIHP6PKrV

Mullingar Pride would like to thank everyone who came to our Vigil for Aidan Moffitt & Michael Snee.
Once again on behalf of the people of Mullingar we would like to extend our deepest sympathies to the families and friends of Aidan & Michael.
May they both rest in peace. pic.twitter.com/8cyF3cUC6y

Solidarity with the family and friends of Aidan Moffitt and Michael Snee and with our LGBTQ community at the Buncrana vigil today 🏳️‍🌈 pic.twitter.com/im4laEjDo8

🏳️‍🌈"We fly the rainbow flag today at City Hall as a symbol of our solidarity with the friends and family of Aidan Moffitt and Michael Snee and the LGBTQI+ community in Cork & Ireland. Cork, a Rainbow City, stands with our LGBTQI+ friends and colleagues"
- Lord Mayor @KelleherColm pic.twitter.com/yXGSHoMMtx