VINTNERS FEDERATION OF IRELAND Chief Executive Padraig Cribben has insisted that takeaway alcohol should be scrapped following images and footage of large crowds outside pubs over the weekend.

Pubs around the country have been told to follow strict guidelines about social distancing and large gatherings, but many have been getting around such restrictions by selling 'takeaway' alcohol in disposable cups.

Though footage emerged over the weekend of hundreds of drunken revellers clearly failing to adhere to social distancing rules, gathering on the streets of Dublin in close proximity, leading to calls for the takeaway system to be scrapped altogether.

Pubs are limited to offering customers 105 minutes per sitting. They're also only allowed to serve alcohol where customers buy a 'substantial meal' of €9 or more.

But it's now clear that both pubs and drinkers have found a way around these new guidelines. 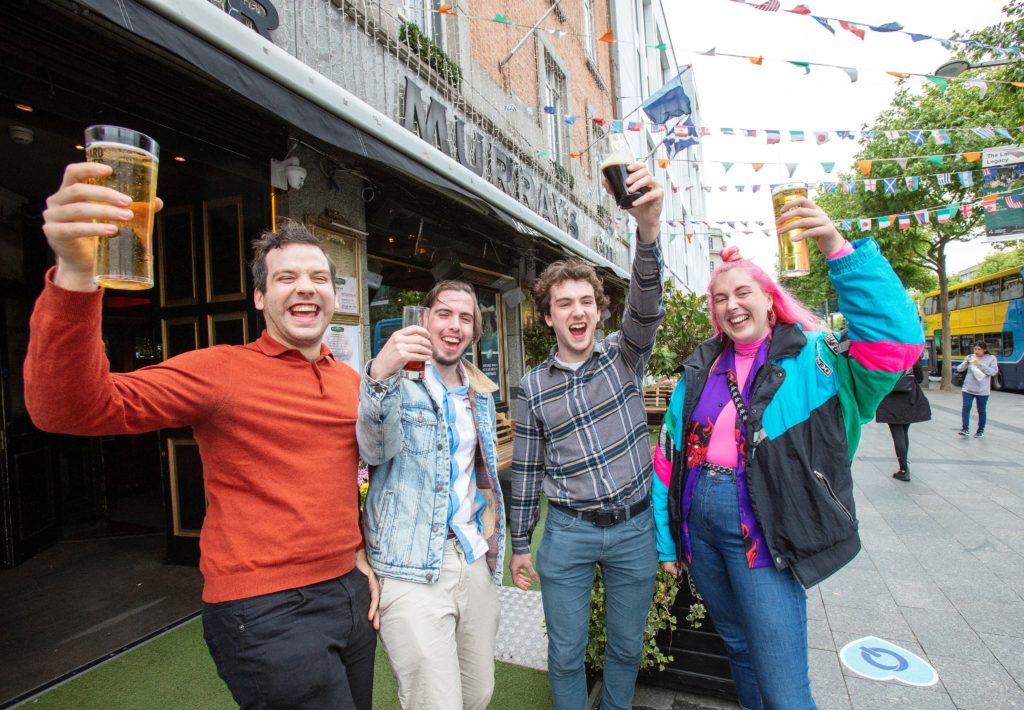 Customers pose for a photograph with their drinks outside the re-opened Murray's Bar in Dublin on June 29, 2020, as lockdown measures begin to be eased. - Irish pubs unlock their doors and begin pouring pints on Monday, ending a 15-week dry spell forced by the nation's coronavirus lockdown. All domestic travel restrictions were also lifted, as churches, hairdressers, cinemas and museums opened and mass gatherings of 50 indoors or 200 outdoors were permitted. (Photo by Paul Faith / AFP) (Photo by PAUL FAITH/AFP via Getty Images)

Speaking on Today with Sarah McInerney on RTE Radio One, Mr Cribben was asked about the system of takeaway drinks.

"This should be stopped right now," he stressed.

"If this is not done in a controlled manner then this is aggravating the scenes we saw on Saturday night.

"When you have very big crowds it is very difficult for gardai to implement that but the easiest way to implement it is not to allow it in the first place."

Cribben insisted that pubs who don't comply with the strict rules should be shut down.

He added that gardai should be putting "as much pressure as they can" on businesses who aren't complying, and noted that had all pubs in Ireland been allowed to open at the same time, gathering crowds would have been less of an issue.

"We are now seeing 45% of pubs open so that means that a very big crow were trying to get into places with restricted numbers," he said.

"If all of them were open, we would see less of what we are seeing."