VLADIMIR PUTIN has refused to recognise Joe Biden as the winner of the American presidential election.

The Russian leader admitted on Sunday that he's ready to work with whoever ends up as US president, but hinted at believing Donald Trump's claims of electoral fraud, stressing that he would only congratulate Biden once the election results were officially legitimised in a "legal way."

"We will work with anyone who has the confidence of the American people," Putin said during a recent interview on Russian television.

"But that confidence can only be given to a candidate whose victory has been recognised by the opposing party, or after the results are confirmed in a legitimate, legal way."

Putin is one of just a small handful of major world leaders not to have congratulated Biden on his victory, which was confirmed - pending a possible legal challenge from Mr Trump - earlier this month after Biden secured 306 Electoral College votes. 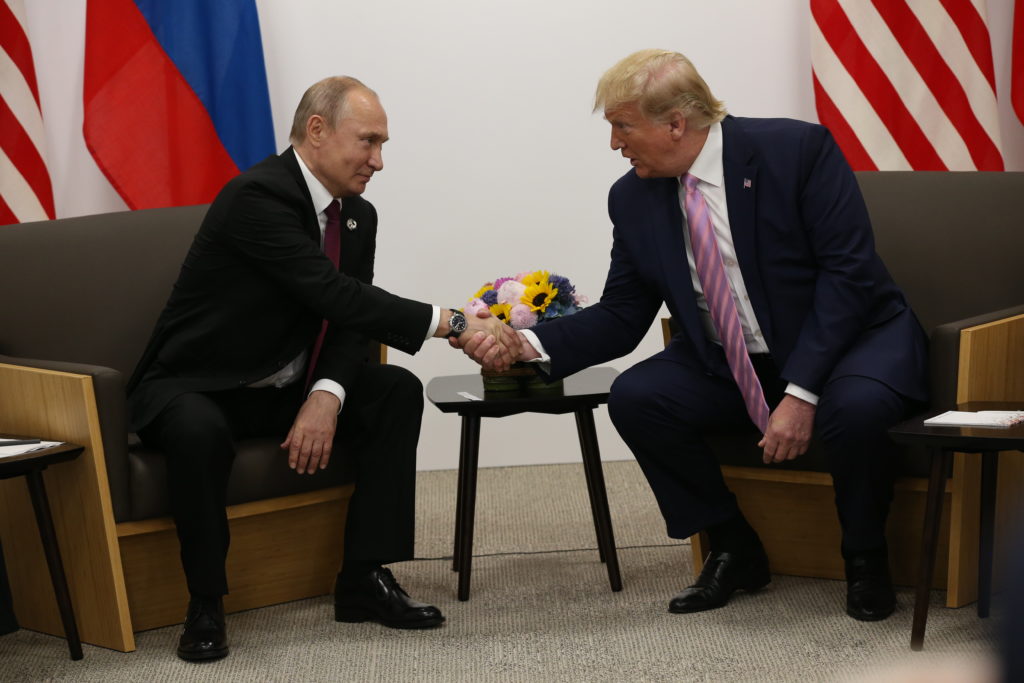 The Russian president was asked whether whether his refusal to congratulate Biden would harm relations between his country and the US.

"There's nothing to damage, they're already ruined," he replied.

Much has been made of Putin's alleged interest in US elections since accusations that his Government interfered in the 2016 vote in order to get Trump elected. These claims have never been proven, however.