A SECOND generation Irish woman whose mother died alone in a care home at the height of the coronavirus pandemic claims she was failed by the Government’s poor handling of the health crisis.

Linda Carreras’ mother Eileen John was living in a care home in Kentish Town, north London when she contracted Covid-19 in April 2020.

Ms John’s condition had advanced significantly by that point - having been diagnosed four years previously - leaving her confined to her bed, as she was unable to move.

And that left her a sitting duck when the first wave of Covid-19 hit Britain in March 2020, her devastated daughter explains.

“When Covid arrived here last year my mum was 92, so elderly, and living in a care home in Kentish Town,” Ms Carreras told The Irish Post this week.

“She was not a well lady, but she was alive, although she quickly became one of the people you hear about that caught Covid-19 and died totally alone.”

Ms Carreras lives in Camden Town, where she grew up among the Irish community due to her father Thomas McDermott, who hailed from Mayo, setting up a local civil engineering business there, having first moved to London at the age of 14.

Her mother’s care home was just around the corner from her own home.

For the two years her mother lived there Ms Carreras would visit her every day and they would spend an hour or more chatting.

But when she visited the home on March 16, 2020, she had no idea that it would be the last time she would ever see her mother. 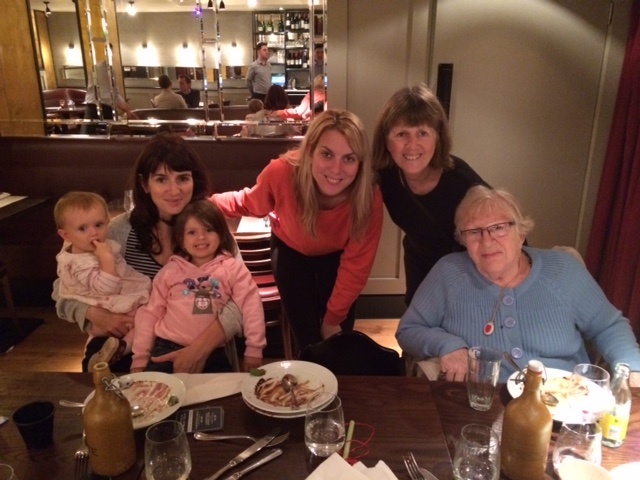 “When I saw mum on March 16, I had already decided to begin self-isolating and had intended to reduce my visits to mum to reduce her potential exposure to Covid-19,” she explains.

“I was terribly naïve in a way, it didn’t occur to me they would stop care home visits in the weeks ahead, I thought they might reduce them.

“However, on the way home from visiting mum I bumped into someone I knew who later told me they had signs of Covid-19, so then I knew I couldn’t go back in to see her at that point, and I never saw her again.”

Ms Carreras instead kept daily contact with the staff at the care home to check on her mother’s health and wellbeing, but it wasn’t long before she was informed that her mother had contracted the deadly disease.

Within a week of her mother testing positive for Covid-19 Ms Carreras received a call from the home confirming that her mother had died.

“It was very difficult,” she admits, “I never got to say goodbye.”

“I didn’t have the opportunity to say to her look this is what’s happening, to explain why I couldn’t see her, before the end and I know she died alone,” Ms Carreras explains.

“I was on the phone to the home on that day and they said to me ‘she is fine, she is the same’.

“Then I put the phone down and they rang me straight back to say she was dead.

“So, I know no one was with her when she died.”

She added: “She absolutely was on her own, nobody was there holding her hand. She was in a room at the end of the corridor, and she died alone.

“Sadly, when I eventually went back to collect her belongings, there were nine empty rooms on that corridor.” 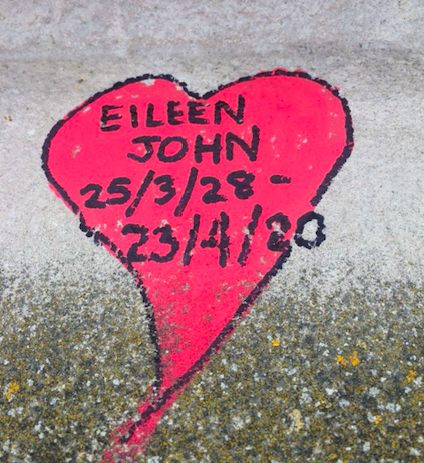 Eileen John's heart on the Covid-19 Memorial Wall in London

Soon after her mother’s death Ms Carreras, who is a mother of two and grandmother of three, became a member of the Covid-19 Bereaved Families for Justice group.

The organisation is campaigning for a public inquiry to be held into the Government’s handling of the pandemic and its failings during the crisis.

For Ms Carreras her mother’s death should never have occurred in the way it did.

“There are lots of other people who have different stories about losing younger people who were fit and healthy to Covid-19,” she admits, “I know my mum wasn’t fit and healthy, she was completely bedridden, and she had a life-shortening illness, but she didn’t deserve to die on her own.”

She explains: “She was a very sick woman, but I have issues in the way that this was handled.

“My mum was completely bedridden, she didn’t go anywhere, she didn’t go into the lounge at the home, she needed feeding and changing, she couldn’t hold anything. She was paralysing.

“That I have problems with, she was totally bedridden, which means Covid was brought to her.

“You put people where you think they are going to be looked after and safe and Covid was brought into the home by somebody else.”

She adds: “That’s why I have had a lot of problems getting over how she died.

‘We simply should have locked down everything earlier.” 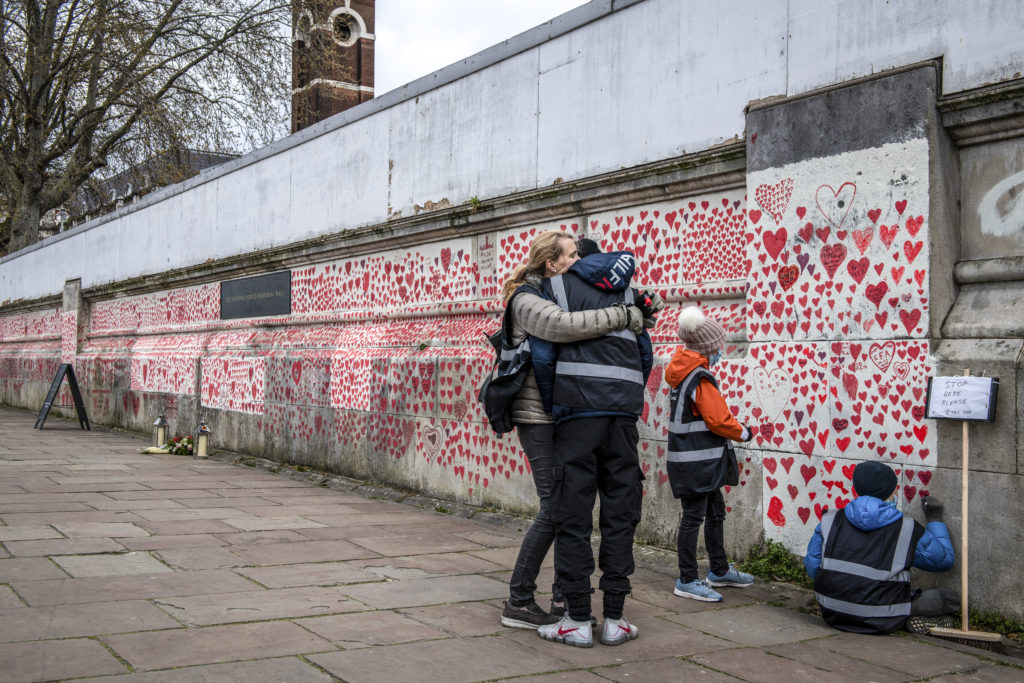 Bereaved families have drawn approximately 130,000 hearts in memory of loved ones lost to Covid on the Covid-19 Memorial Wall, on the Embankment opposite the Houses of Parliament in Westminster, London.

Ms Carreras is adamant that the Government must now be held accountable for their actions – or lack of – and their consequences.

“For me I’m afraid Boris has blood on his hands, my mum was an elderly lady, and very near the end of her life, but there were many people that weren’t.

“There were people refused entry to hospital, people thrown out of hospitals, thrown into care homes, a litany of mistakes have been made and for me the buck stops with Prime Minister Boris Johnson and Health Secretary Matt Hancock.”

Ms Carreras is hopeful that the campaign group, who have issued the Government with a letter before action, informing the Prime Minister of their intention to seek a judicial review of the handling of the pandemic, will be successful.

“I hope the campaign group will achieve a public enquiry and I want it soon,” she explains.

“We need it so we can learn from the mistakes made, because there were a ridiculous number of occasions where if action was taken earlier there could be 30 or 40,000 more people still walking about on this earth, that unfortunately, now, are below it.”