A JAPANESE man who last week was named the world's oldest living man in an official ceremony by Guinness World Records has died just days before his 113th birthday.

Chitetsu Watanabe, who received his Guinness World Records certificate on February 12 during an official ceremony at the nursing home in which he lived, died on Sunday, 23 February, according to Japanese media.

While there is no cause of death available, it is reported that his health deteriorated rapidly in the days leading to his death.

Mr Watanabe had said the secret to a long life was to never get angry, and always keep smiling. 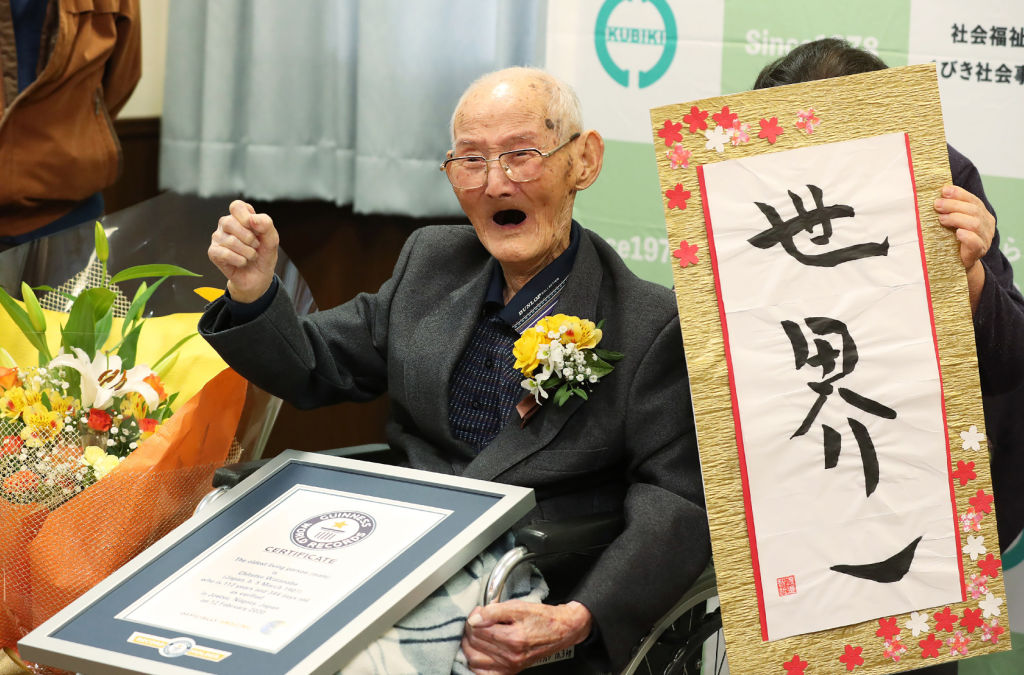 His daugher-in-law Yoko Watanabe had said she lived with him for over 50 years, and not once did she ever see him raise his voice or get angry.

The over-a-century-old man was born in Niigata in 1907 and developed an interest in agriculture.

He served in the Pacific War in 1944, and upon his return to Niigata things became very tough, with a wife and four young children to look after, not enough food to go around and almost non-existent transport-- but the Watanabe family were tough, too.

Mr Watanabe returned to his love of agriculture, built a home with his own two hands and carried on farming fruit and vegetables in the garden until he was 104 years old.

Mr Watanabe would have turned 113 years old on 5 March.