THE planned redevelopment of the London GAA grounds has received a £500,000 boost from the Irish Government.

The grant forms part of a £1.8m (€2.1m) combined pledge by the Department of Foreign Affairs and the GAA (who will contribute £1.3m) to redevelop Ruislip and bring it into line with comparable stadia in Ireland.

As reported by the Irish Post last year, the remainder of the £4.17m (€5m) development will be made up through a loan in addition to £500,000 raised by London GAA.

“It’s a great boost to get that support from the DFA,” said London secretary and inter-county player Mark Gottsche “and a great endorsement for the GAA in Britain.”

Gottsche confirmed that London will be given an answer on their planning application for the proposed redevelopment – which will includes a seated stand and state-of-the-art facilities - within the next 12 to 16 weeks.

The original planning application has been “tweaked” at two pre-planning meetings in order to adhere to existing development plans for the area.

A commencement date has been scheduled for September and Mark Gottsche told The Irish Post that the long-mooted project remained on target with regards this date.

But London must still raise £500,000 as part of their financial contribution to the project and county board chairman Noel O’Sullivan said the expectation is that this figure will be met in the next two months. 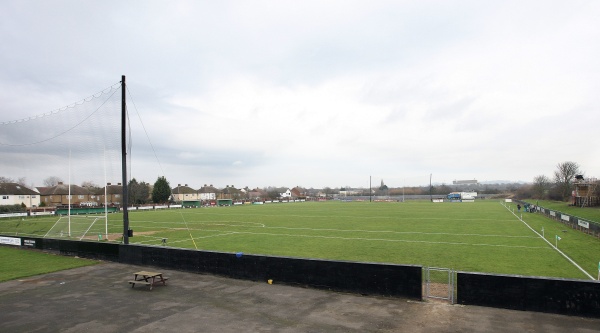 Speaking at the launch of the project in Croke Park, the Tánaiste Eamon Gilmore said: “This development is timely, coming a year after London did so well in the Connacht Senior Football Championship, and we are delighted to be a part of it.

Noel Dunning, Chairperson of the London Development Committee added: "The development of Ruislip will provide London with a county ground comparable with every other county in Ireland, where we will be able to host our fellow Gaels in a manner London receives in every county we visit in Ireland, and allow us to proudly showcase the positive aspects of the GAA in London.”

The new 3,900 capacity facility will also house the administrative office for London GAA.

The Irish Government's funding is part of the Emigrant Support Programme and represents some 12.5 per cent of the overall cost of the project.

By: Anthony McLaughlin  -  3 weeks ago