Carl McHugh insists that his Motherwell side has what it takes to pull off a major cup upset against the mighty Glasgow Celtic this Saturday.

McHugh – who missed the semi-final win over Aberdeen because of suspension – will lead the Steelmen out as skipper in the Scottish Cup final at Hampden Park.

However, speaking exclusively to the Irish Post, the Lettermacaward native said he's determined to make up for that disappointment in the best possible fashion. Despite their heavy underdog tag, McHugh is adamant that Motherwell can upset the odds and atone for their League Cup defeat to the very same opposition back in November.

“It was nervy watching it,” McHugh said on having to sit out that semi-final battering of  Aberdeen. “It's never easy watching from the sides. I was very disappointed I couldn't play but I was delighted the lads got the result. We fully deserved it. It's a great achievement for a club the size of Motherwell to reach two cup finals in the one season. But we have to make sure now we go on and win it.

“It's been a good season. We're just a little annoyed we didn't make that top six in the league. We'd a bad run around Christmas time. We'd a lot of injuries and I think it cost us. But we've more than made up for it in the cups.

“We've knocked out some big sides like Aberdeen twice, Rangers, and Hearts. In this cup run all the sides we've played have been Premier Division teams. We've had a really hard run so you have to give massive credit to the players, the manager and all the staff around the club. It's been a huge change since last season. 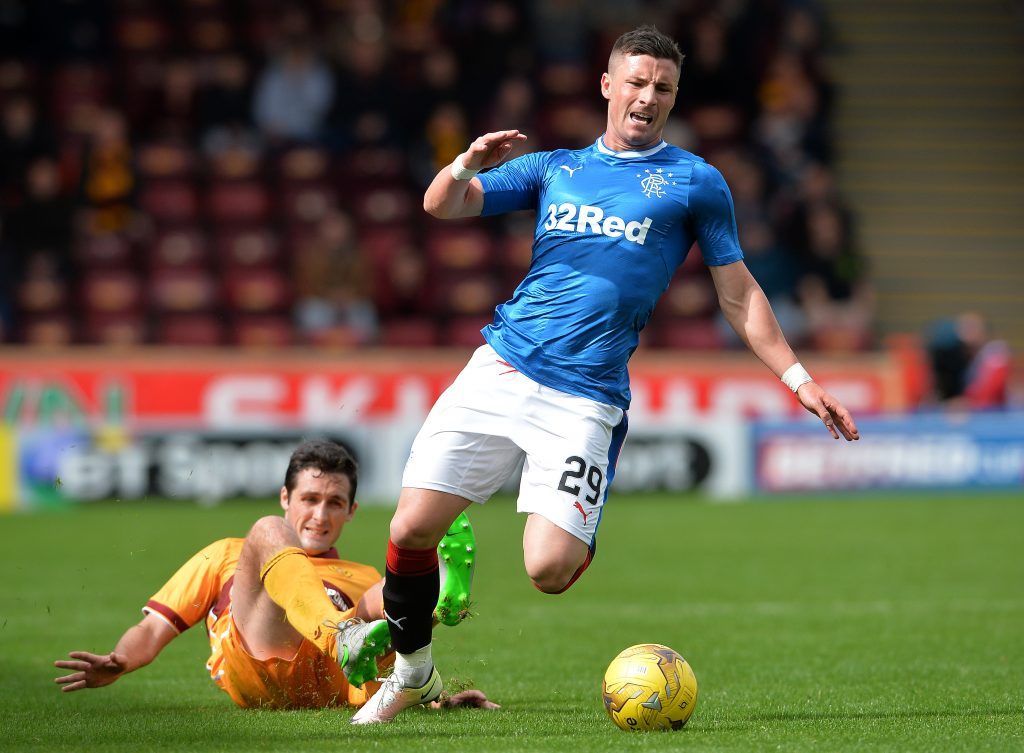 “But we just want to go that one step further now. We're so determined to land silverware for the fans. We believe we can go that extra step.”

Motherwell have already drawn twice with Celtic this season but lost the other two encounters, including the League Cup final. Their captain admits that defeat at Hampden Park still stings. But he believes his team can take their shot at redemption at the weekend.

Motherwell had held their own in that previous encounter until shortly after the break when the dismissal of Cedric Kirpe helped tip the balance towards an eventual 2-0 win for Brendan Rodgers' men.

McHugh recalls: “We were so disappointed with the last cup final. We were gutted. We felt we were right in the game. It was a poor decision, in my opinion anyway, that took the game away from us at the start of the second-half.

“We've played Celtic a few times this season. We've drawn with them twice. Obviously, they're the best side in the league. But we're going to win. The feeling losing that final... it was heartbreaking. We don't want to be in that position again.”

A huge Celtic contingent will, as usual, make the trek from west Donegal for the clash. But there will no doubt be plenty of claret and amber spliced in between those famous green and white hoops on those plane rides out of Donegal Airport.

“I'm sure my family and most of my close friends anyway won't be cheering on Celtic! He joked. “But no doubt there'll be a good few coming over. Many of them were messaging me after saying they'd the flights booked by the 70th minute of the Aberdeen game!

“It'll be a great occasion. But for me, the main thing will be working as hard as I can and getting back into the team. Because after the Aberdeen win, that won't be easy. It's great for everyone at home. But the focus for me will all be about looking to help Motherwell win the game.”