Get set for the Super 8s

FORMER London football manager Paul Coggins has backed his native Roscommon to get off to a flier in this weekend’s Super 8s.

This year marks a change in format for the All-Ireland football competition, with the eight teams who have made it to the latter stages being split into two groups.

All sides are guaranteed a match at home, away and in Croke Park before the best two sides from each group face off in the semi finals.

And Coggins is confident that the Rossies are well placed to make a big impression this year.

Speaking to The Irish Post, he said: “I feel Roscommon will test Tyrone all the way and will go with an all-out attacking style as they have played that way all year.

“The Roscommon v Armagh game was a shootout with both teams playing great attacking football.

“This suited Roscommon as that is what they do best and in the end they had too much up front for a very spirited Armagh  It is what the public want to see and it may work.  But in Tyrone they are meeting a hugely experienced side with matchwinners all around.

“Tyrone themselves have chalked up big scores in their last couple of games even if Cork were very poor.

“That won’t be the case against Roscommon and this will be tight. But naturally I have to go for a Roscommon victory to get the Super 8s going.”

Donegal will face Dublin in Croke Park on Saturday at 7pm– minus the hugely influential Paddy McBrearty who sustained a knee injury in the Ulster final against Fermanagh. 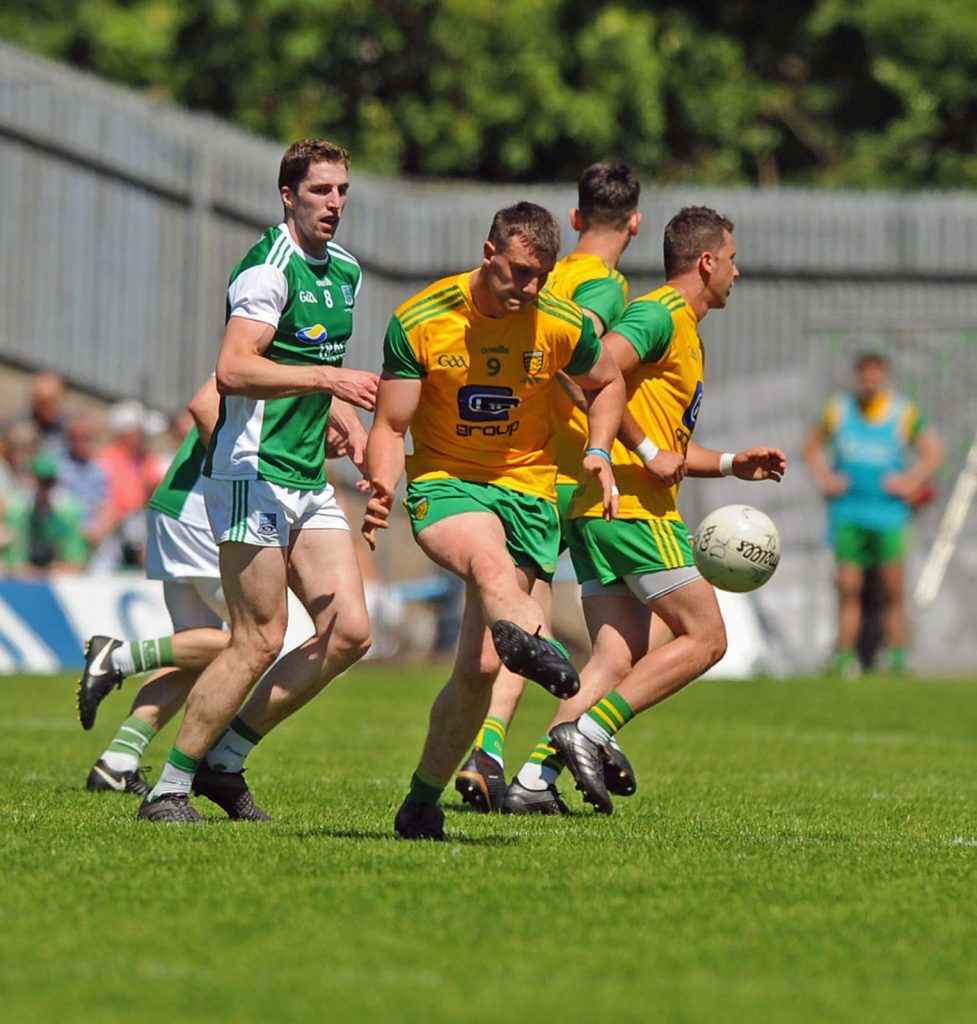 Leo McLoone says Donegal are ready to embrace the change in format for this year's All-Ireland (Photo: Michael O'Donnell)

The 24 year-old forward will miss the rest of the competition and his absence puts a severe dent in the Tir Chonaill men’s All-Ireland ambitions.

But Leo McLoone is confident his side can put that blow behind them.

“There is a bit of pressure off now. There are three games now in the group and it hopefully will be an enjoyable thing,” he said.

“It’s new for everyone but it’s a change.

“I think it gives us the opportunity to express ourselves –and to play the football that has got us this far.”