Ireland's team for the Six Nations game against the Scottish is out, Andy Farrell makes three changes

IRELAND'S TEAM for the final Six Nations game against Scotland has been announced today by head coach Andy Farrell.

Farrell makes three changes to the side that beat the English 32-15 last weekend in Twickenham.

Mack Hansen comes back into the side for the first time since the France game. Iain Henderson replaces the injured James Ryan and Jack Conan replaces Munster's Peter O'Mahony who drops to the bench. 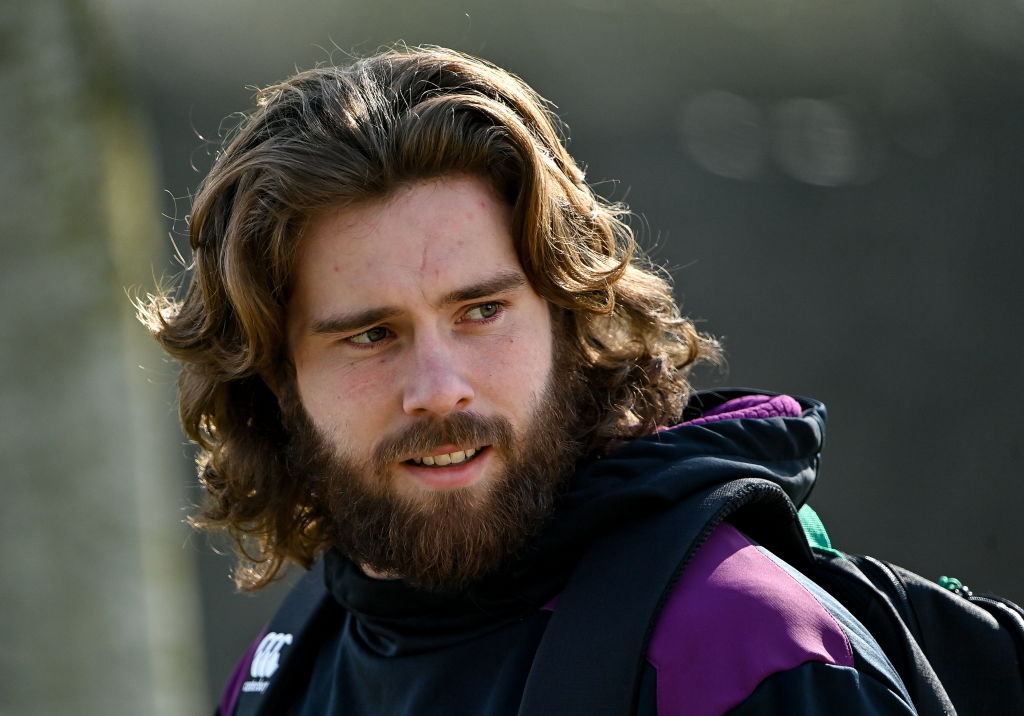 The front consists of the same front three that started against the English.

Cian Healy, Dan Sheehan, and Tadgh Furlong retain their places for the Aviva clash against the Scottish.

The second row Ian Henderson replaces James Ryan due a head injury suffered in the opening minute of the England game.

He's joined by Tadgh Bierne, who has started every game for his country this Six Nations.

The half-backs present Jamison-Gibson-Park and Johnny Sexton a platform to dictate play from out-half and fly-half.

The center pairing of Garry Ringrose and Bundee Aki retains their partnership for the final game.

Mack Hansen replaces Munster's Andrew Conway on the wing, while James Lowe takes to the other side.

Hugo Keenan's impressive display against England has allowed him to keep his place.

A win for Ireland against Scotland would see them secure the Triple Crown for the first time since 2018, and their 12th overall. if England beat France a Championship will also await the Irish