THE FATHER of Kellie Harrington has urged the people of Ireland to keep his daughter in their prayers ahead of her Olympic final.

The Dublin-born boxer is guaranteed at least a silver medal after toppling Thailand's Sudaporn Seesondee in Thursday's semi-final, and will be gunning for gold on Sunday, where she faces Brazil's Beatriz Ferreira.

Kellie's dad Christy has called for the nation to join his wife Yvonne in seeking some divine intervention to help their daughter bring it home.

"My wife doesn’t watch any of her fights. No mothers watch the fights, it’s funny isn’t it?" He told the Irish Sun.

"She will pray, it is not a religious thing, it is an Irish thing.

"But we would ask people to have faith, to say an auld prayer for us, in case our message doesn’t get through."

Kellie's mam admits that she can't watch her daughter's fights as they make her too nervous, and spent the entire semi-final out in the garden of the family's Dublin home, praying to God. 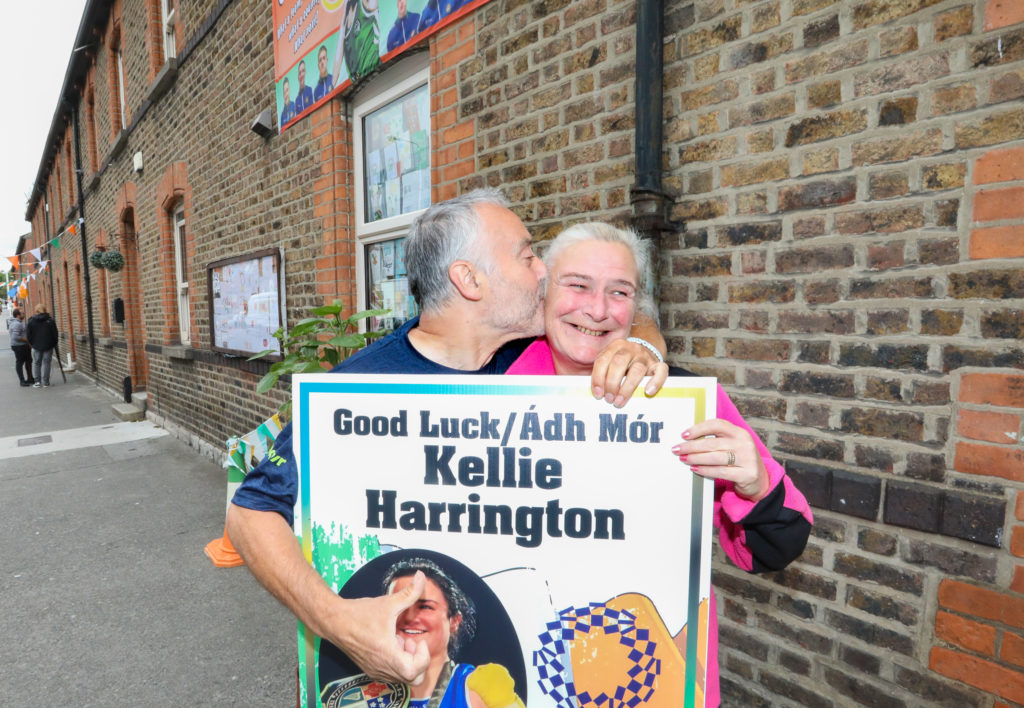 When Yvonne heard the screams of joy echoing around the street, she knew her daughter had made it.

Christy admitted the excitement and nerves around Kellie’s incredible Olympic journey had reached "another level" when the family dog had to be treated for shock.

But while her family might struggle to hold things together, Christy insists his determined daughter will be chomping at the bit to become an Olympic champ.

He said: "Kellie is so dedicated, she won’t be stopping here. She will give it everything to get the gold.

"She’s already made us so proud, beyond proud. Never mind the medals, just by making it to the Olympics.

"She is capable of getting the gold if it all works out."