AS IRELAND'S Kellie Harrington secured her place in the women's Olympic lightweight final during the early hours of Thursday morning, the Harrington household exploded in a fit of joy and madness.

As her father and brother, who had been glued to their TV screen for hours, leaped into each-other's arms, Kellie's mother Yvonne was no where in sight.

You see Yvonne can't watch her daughter's boxing matches, because they make her too nervous, so she spends her time trying to busy herself, as she waits anxiously to be told who won.

A place in the Olympic final was up for grabs today, and the chance to win Ireland's 11th Gold medal in the nation's history. No pressure then.

Speaking to Dublin Live, Kellie's mam revealed how she found out her daughter had made history - sitting alone in the garden.

"I didn't watch the match, I never do. I was nervous. I sat out the back praying, I've been praying all morning," Yvonne said.

"I was sitting out the back and heard the flats behind us screaming, and then I heard the screaming in the house and that's when I knew. 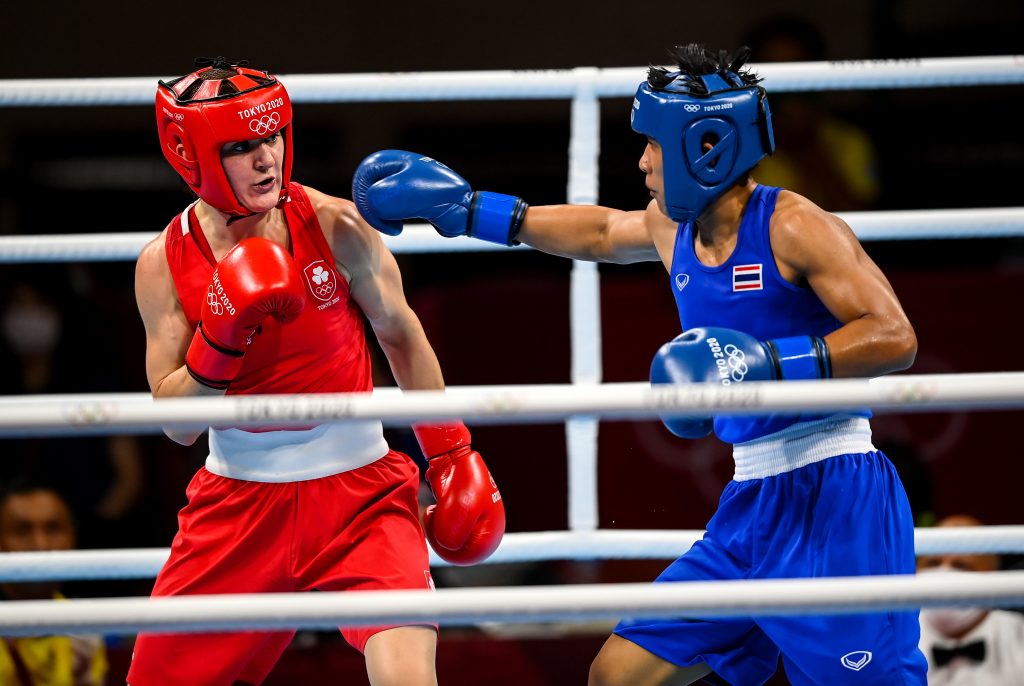 Kellie's brother Joel revealed he was in tears this morning.

"I’m just numb, me sister is in an Olympic final like, there’s just nothing like it, it’s incredible I just don’t know to say," he said with a massive grin on his face.

"I wouldn’t be the most emotional but that got them flowing [tears], yeah."

Kellie overcame Thailand's Sudaporn Seesondee with a split-decision victory to earn a place in Sunday's final.

She's guaranteed at least a Silver medal, and will have to out-box tournament favourite Beatriz Ferreira from Brazil to win Gold.