LONDON can deliver a performance in their historic Connacht final against Mayo on Sunday, according to manager Paul Coggins.

The Exiles are 33-1 outsiders to be crowned provincial champions but Coggins said: “We’ve played three tough championship games and come through them all.

"We’ve dealt with the occasion each time and come out the right side – that’s a valid point. If either Sligo or Leitrim were in our position, then they’d expect to be challenging and we feel the same.”

London have only one injury concern and Mayo are at full strength ahead of the contest but the manager is under no illusions as to the difficulties his team will face.

“Mayo are in the top two in the country, it’s a massive challenge, but we can only concentrate on ourselves.”

London completed an in-house training session last weekend and Coggins said no stone has been left unturned in terms of preparation. 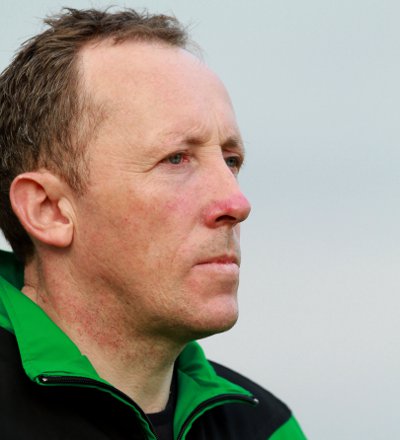 “That’s half the battle,” he said. “We trained on Monday and Wednesday, played at match at the weekend at the same time (2pm) the Connacht final will throw in and possibly the same conditions.

"We’ve trained really hard the last two weeks and are just making sure lads are getting the right amount of fluids, the right rest and doing all the smart stuff.

"Mark Gottsche is facing a real race against time to get fit but we expect Seamus Hannon will start.”

McHale Park is a 38,000 capacity stadium and a big attendance is expected but the manager doesn’t foresee any problems dealing with the occasion.

“There was a big crowd in Leitrim the first day with lots of support for the home team so I don’t see it being a big issue.

"Some lads deal with it better than others and that will be the same for both sides. There will be lots of colour and we will deal with it the best we can.”

“… We won’t be overawed. The way we’re set up and the training we’ve done, we’re trained that you can’t play badly. The system we have, you know what you have to do and you just keep doing it. It all comes down to hard work at the end of the day.”

Reports from the Mayo camp suggest manager James Horan will have a full strength squad to pick from and the sources suggest the Westerners are preparing for this final in the same vein as London.

“The camp is very secretive but the squad is the strongest it has been all year,” said a source. “They have the same attitude now as they would if they were playing Kerry.”

See inside this week's Irish Post for an eight-page pullout on London footballers as they prepare for the biggest game of their lives.