MANCHESTER UNITED may have handed their new £100million signing Paul Pogba £300,000 a week this summer, but their playing staff weren’t always so well paid.

A recently surfaced contract offered to Irish goalkeeper Pat Dunne in 1965 is a relic of a time when the ‘working man’s game’ truly deserved its epithet.

For the modest sum of £35 a week, the Red Devils secured the Dublin native’s services for a further two years, equivalent to £640 today.

The shot-stopper signed for the Manchester club from Shamrock Rovers in 1964 for £10,500, before impressing enough to bag a two-year extension.

The offer, posted to Reddit by a friend of Dunne’s grandson, begins with Manchester United’s club secretary politely informing the Irishman of the club’s wish to keep him on. 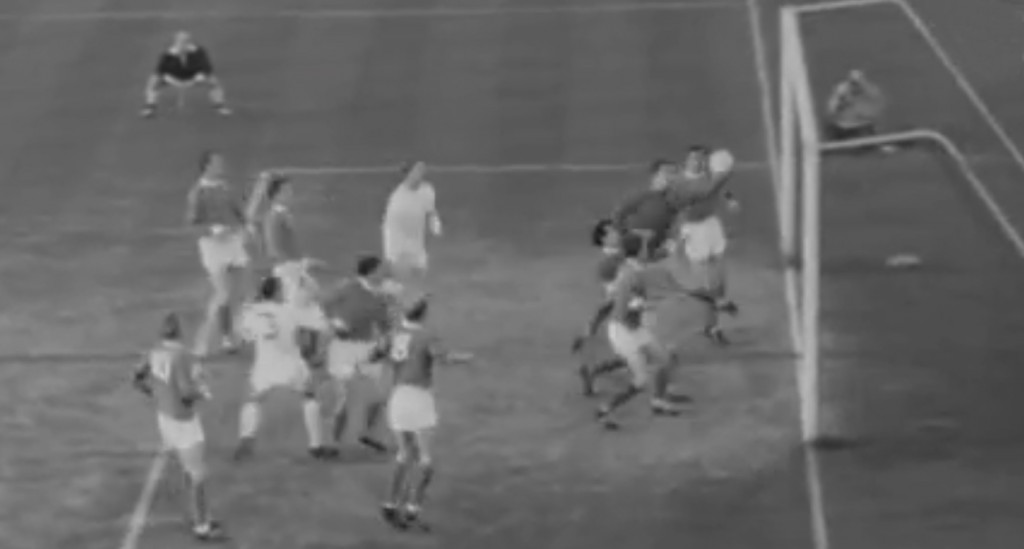 Dunne makes a spectacular save against Leeds in 1965 (Picture: YouTube)
All five of Dunne’s caps for the Republic of Ireland came during his time in goal for the Red Devils, where he served under the legendary manager Sir Matt Busby.

The contract offer reads: “'In accordance with Football League and Football Association Rules, I beg to advise you that the club desire to retain your services and wish to offer you a two year contract on the terms stated below with the option of a further two years as provided by the new agreements.

“Forms are available at this office, if you wish to discuss any matter with Mr Busby he will be available any morning at the ground.”

Dunne moved to Plymouth Argyle for £5,000 in 1967 towards the contract’s end, before returning to Shamrock Rovers in his homeland in 1970 and eventually entering the club’s hall of fame.

He passed away in September last year at the age of 72.