ROY KEANE says he felt "physically sick" following the racist abuse of England players during their 6-0 victory over Bulgaria in Sofia on Monday night.

The match had to be stopped on a couple of occasions due to the abuse, and appearing on ITV as a pundit, Keane said at half time: "I'm physically sick listening to that."

Throughout the first half, sections of the Bulgarian supporters were caught on camera being racially abusive to a number of England players as well as performing Nazi salutes. 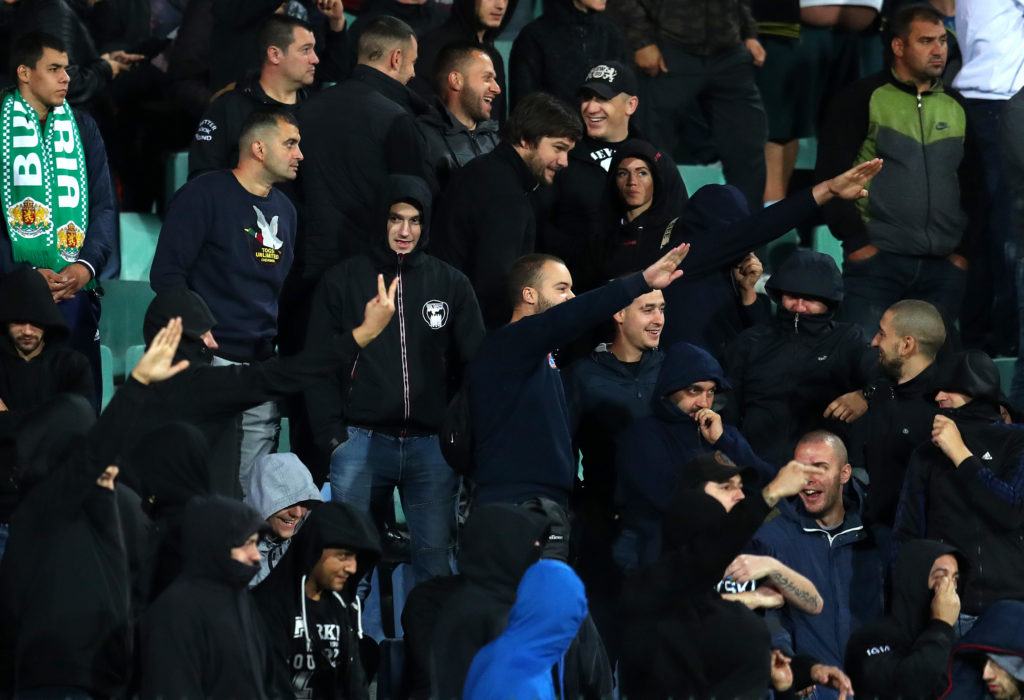 Bulgarian fans gesture during the UEFA Euro 2020 qualifier between Bulgaria and England on October 14, 2019 in Sofia, Bulgaria.

UEFA recently announced a new three-step protocol to try and deal with racism from fans. The first step is to stop the game and to make an announcement over the stadium tannoy for spectators to stop the discriminatory behaviour.

If this fails to work, then step two is for the match to be stopped again and for the players to be sent back to their dressing rooms for a brief period, while a second announcement about stopping the behaviour is made.

Should this also fail to solve the problem, step three would be to abandon the match after consultation with both teams.

Last night during England's Euro 2020 qualifier win over Bulgaria, the first two of these steps were carried out.

Had the abuse continued in the second half, it was likely that the match would be abandoned. But intervention from Bulgaria captain Ivelin Popov - who went over to plead with fans to halt the abuse - as well as the removal of a number of home supporters just before the interval fortunately meant that the game could continue.

Goals from Harry Kane and Marcus Rashford complimented braces from Raheem Sterling and Ross Barkley in a game which could've, and arguably should've seen England score a lot more.

Before the game, Keane took a comical swipe at Barkley after being asked what the best position for the Chelsea midfielder was.

"Probably on the bench, especially at international level," Keane quipped.

The 25-year-old would have the last laugh though, contributing not only two goals, but an assist as well.