Thomas McCurtains will play SFC football next year after withstanding a second half comeback against a spirited TCG juniors side to win 0-010 to o-7.

Niall Coffey led the way for McCurtains with five points in conditions far from ideal for long range kicking.
They deservedly led by seven points in the early stages of the contest, but Ryan Kearney helped inspire a second half revival that very nearly seen them force a replay with the final move of the match.

He had already scored four points as TCG upped the tempo in the second period and his free in from close to the 45 metre line caused consternation in the McCurtains backline.

Agonisingly for Fergal Cunningham’s side, Brian Rice couldn’t force the ball home after a goalmouth scramble and McCurtains held on for a famous victory in their centenary year. 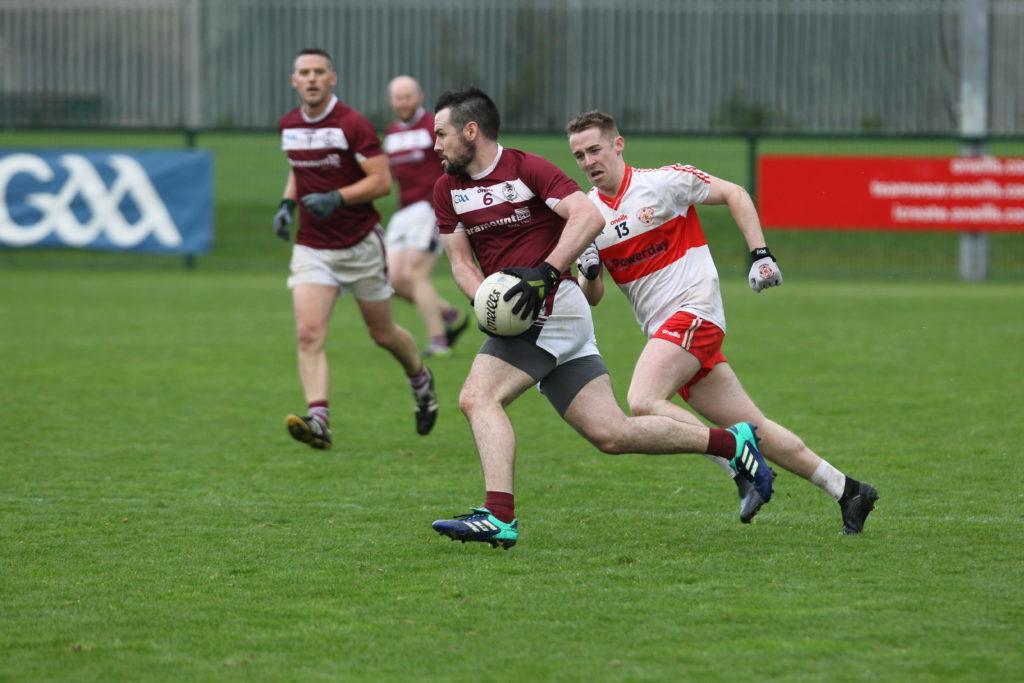 "We have been building towards this for a number of years but it is an incredible achievement to be playing senior football now in our centenary year," McCurtains boss Pop Geraghty told The Irish Post.

"We attacked when the chance was there, but we were able to grit it out when TCG came back at us hard in the second half."

McCurtains had adapted to the conditions early on and fine combination play from John Rafferty, Patrick McGuigan and Brian Hourihane sent Coffey away to fire over the first score of the match.

Marcus Clarke’s free dropped short in the swirling wind moments later but John Rafferty was on hand to lash the ball over at the second attempt.

Coffey kicked from under the posts moments later and McCurtains were up and running. John Rafferty, Patrick McGuigan Tommy Clarke and Jonathan McGuigan combined from close in to send Clarke peeling away and the TCG backline couldn’t get near him as he pushed the lead out to four.

Two more points from Coffey and a point from Sean Murphy meant the Macs lead stood at seven before TCG had even registered a score. 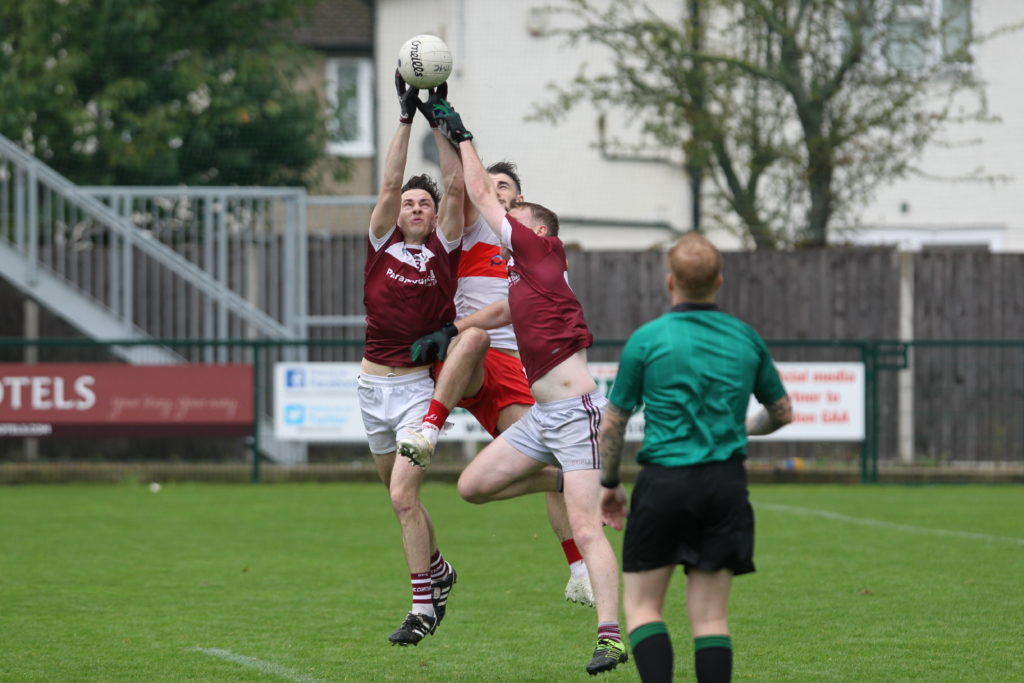 Ryan McCready got them off the mark following Mark Woods’ ball in. The wide count was growing in the swirling wind but Shane Gilsenan showed composure to make it two moments after.

Jonathan McGuigan and sent John Rafferty away but his shot was straight down the throat of TCG keeper Eoin Higgins for the first goal opportunity of the afternoon.

Murphy and Kearney exchanged scores in the final knockings of the first half to leave the deficit at five. Slick interplay from Peter Rafferty and John McGuigan gave Coffey the chance to extend McCurtains’ lead in the opening phase of the second period and we looked set for more of the same.

They would only score two points in the second half, as TCG grew into the contest and started to win more of the 50/50 and 60/40 balls.

Kearney led the revival, cashing in work from Conor McCarthy and McCready to lash over the bar. That was one of three scores as he would notch in the second half to set up a nailbiting finish.

Jonathan McGuigan thought he had the insurance point after Sean Murphy and Coffey had sent him clear but substitute Kieran Cunningham cut in from the left to score with his first touch of the game. A red card for two bookable offences for Matthew McHugh checked their momentum and with the clock winding down and three points in it, only a goal would do for TCG.

They very nearly had it when Kearney’s flighted ball in dropped into the danger zone and Rice stretched every sinew to apply the finish touch for the one of the ultimate salvage jobs. It was not to be, and McCurtains can now prepare for top flight football.

“Division 1 football was a good standard and we felt comfortable with that and felt we could compete at Intermediate. It's massive for the club to now play senior football," McCurtains' Peter Rafferty said.

“TCG really put it up to us second half. The conditions were tough, but that was the same for both teams. We deserved the win but TCG made us sweat on it.”