A NEW craft gin has proved just the tonic for a husband and wife team who always dreamt of going into business together.

Fiona and David Boyd-Armstrong have this week launched their first product - Shortcross Gin.

It is made at their Rademon Estate Distillery, which is the first and only gin craft distillery to be established in the North of Ireland.

The distillery is located on the couple’s historic family estate outside Crossgar in Downpatrick, Co. Down.

“We had always wanted to create our own business and to work together,” said David, a former engineer and project manager.

“Fiona had always talked about how exciting it would be build a distillery and produce a premium Irish product.  Then as we explored the idea further we became fascinated and inspired by the quality of craft spirits products being produced across the globe.”

Some extensive research followed with the couple finally deciding to take the plunge and launch their distillery in 2012.

“It has taken two and a half years to get this point in time where we have launched Shortcross Gin,” Fiona added. 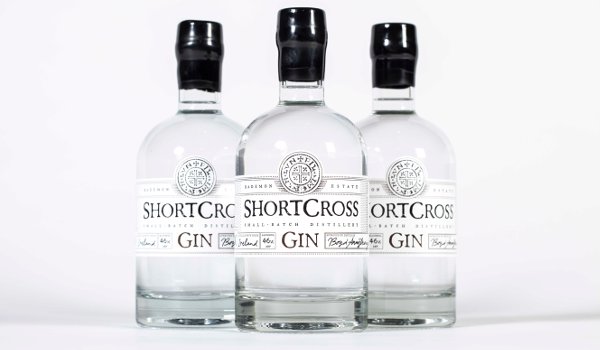 Rademon Estate Distillery, the first and only craft distillery to be established in the North of Ireland have officially launched their first product Shortcross Gin

“We are extremely proud of it and are especially proud to have launched the first craft distillery in the North of Ireland and be the first to produce a craft gin.”

Shortcross Gin is an aromatic and smooth gin with a long peppery finish, produced in a bespoke copper still using fresh water from the estate.

It is created using fresh apples, elderberries and wild clover distilled with other botanicals including juniper, coriander, orange peel, lemon peel and cassia.

Shortcross Gin is currently being distributed by James Nicholson Wine Merchants but has also been snapped up by a number of local bars and restaurants across the North of Ireland.

These include The Parsons Nose and The Poachers Pocket in Comber, Co. Down as well as Hadskis restaurant and the Ox Belfast.