Review: Bestival draws the festival season - and summer - to a close in style

WELL it’s all over now. The summer’s gone. It was plenty of fun while it lasted, and there was few better places to catch the last warm rays than in a loud corner of the Isle of Wight as Bestival celebrated its tenth birthday with a fine four-day bash.

Heading the Irish musical contingent this year was Sinead O’Connor who, head-shaven, ripped through oldies such as Jackie along with tracks from her latest studio album – last year’s How About I Be Me (And You Be You)?

The stormy weather forecast had, thankfully, held off and, as the sun set, the opening bars to Nothing Compares 2 U had punters charging for the Big Top tent as if a sharp downpour had hit.

The response drew a broad appreciative smile from O'Connor. Johnny Marr played a handful of Smiths tracks which had much a similar effect in the same tent on the Saturday.

Meanwhile, The Strypes looked every bit comfortable with the step up from intimate pub gigs and venues like 100-club to big festival tents after a rousing after-bed-time midnight show for the Cavan teenagers.One of two shows over the weekend.

As ever, Bestival had plenty going on away from the music, and everyone will have their own tales involving drunken encounters in the Enchanted Forest; fake marriages delivered by a bawdy vicar in the Inflatable Church; mad-pyrotechnic goings on around the Port (complete with its docked ship for a stage); as well as the countless global food stalls and, of course, the traditional Saturday fancy-dress bash. 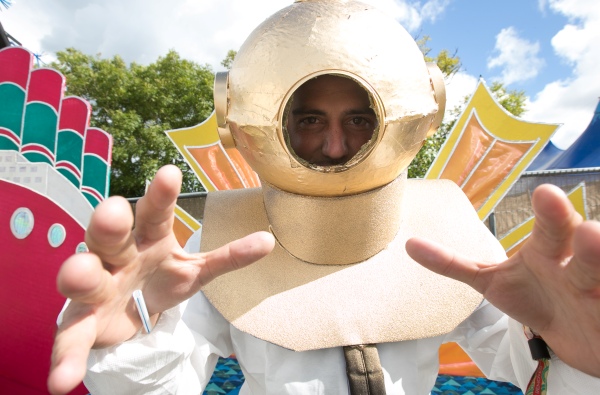 This year, Tourism Ireland erected a large pub near to the main stage called Shenanigans.

Inside, staff in character delivered an all-Ireland experience which began with an encounter with rock-royalty Bono on an airborne flight and ended with a traditional Irish pub farewell.

As fun as it was at the time, it fell just the wrong side of Kitsch for this reviewer; The Gathering it wasn’t.

The beauty of Bestival, though, is in its accessibility. It’s a fairly compact festival, Glastonbury but without the huge walks between tents and even huger queues.

So if something wasn't to your taste, you could easily drift on to something else. And while the weather took a turn for the worse later in the week, spirits didn’t seem to be dampened at all. The festival – maybe unsurprisingly given its creator is Rob Da Bank - has a Dance and DJ edge over guitar and folk bands. 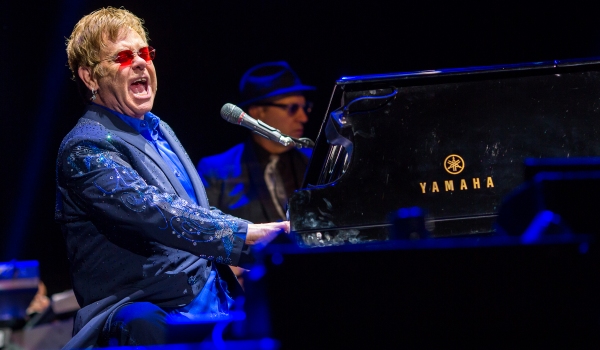 Big names and big sets – even some I’d heard of – from the likes of Fatboy Slim and Ariel Orkin, were testimony to this.

Fortunately bands such as Bastille and The 1975 showed there was still plenty in it for the indie kids too.

And it seemed no matter which side of the musical fence you fell on (hip-hop from Snoop, Wu-Tang and M.I.A. anyone?) the whole campsite had agreed to assemble for Elton John, and the closing party, on Sunday night.

Elton, looking remarkably well, was on fine form and after the Rocket Man came the fireworks to ensure that Bestival 2013 was rounded off - literally - with a bang.