IRISH SINGER-SONGWRITER David Keenan has had a spectacular year—from supporting Hozier during his sold-out UK tour, a number of breathtaking performances across Ireland and the UK, and now with less than a month to go before the release of his debut album years in the making.

On Wednesday, 4th December 2019, David Keenan stepped on stage in Camden's Dublin Castle to regale the enthusiastic audience with a glimpse into his upcoming album.

The venue is off the hustle and bustle of Camden's main streets, unassuming to the passerby but something special to those in the know, much like Keenan himself.

A Beginner’s Guide to Bravery is, aptly, a brave album. It lays out vulnerability, self-doubt and regret for the world to see, in an unapologetic way which leaves the listener reeling, but with an energy that directly corrolates with the wilderness of the Dublin Mountains, where Keenan recorded the album live over the course of one week.

Anyone who has seen the artist perform live knows his intense, dreamy yet sincere way of carrying himself, and if you thought that was perhaps a stage persona I can attest that it is most definitely the real thing.

We spoke to Dundalk native David Keenan about what the release of his debut album means to him.

“It’s a great relief that it’s out and that I can move on,” he admits.

“[When writing it] I had to step back into all these headspaces and narrate my evolution as a being over the past few years— each song is a condensed memory, you need to earn the right to sing certain lyrics.

“I can pursue different things now without the boogeyman whispering into my ear: ‘You have to record a first album!’ There’s healing and a sense of achievement in the fact that I’ve done it, and a sense of renewal in the way that it’s like ‘Okay, now it’s on to the next thing’.” 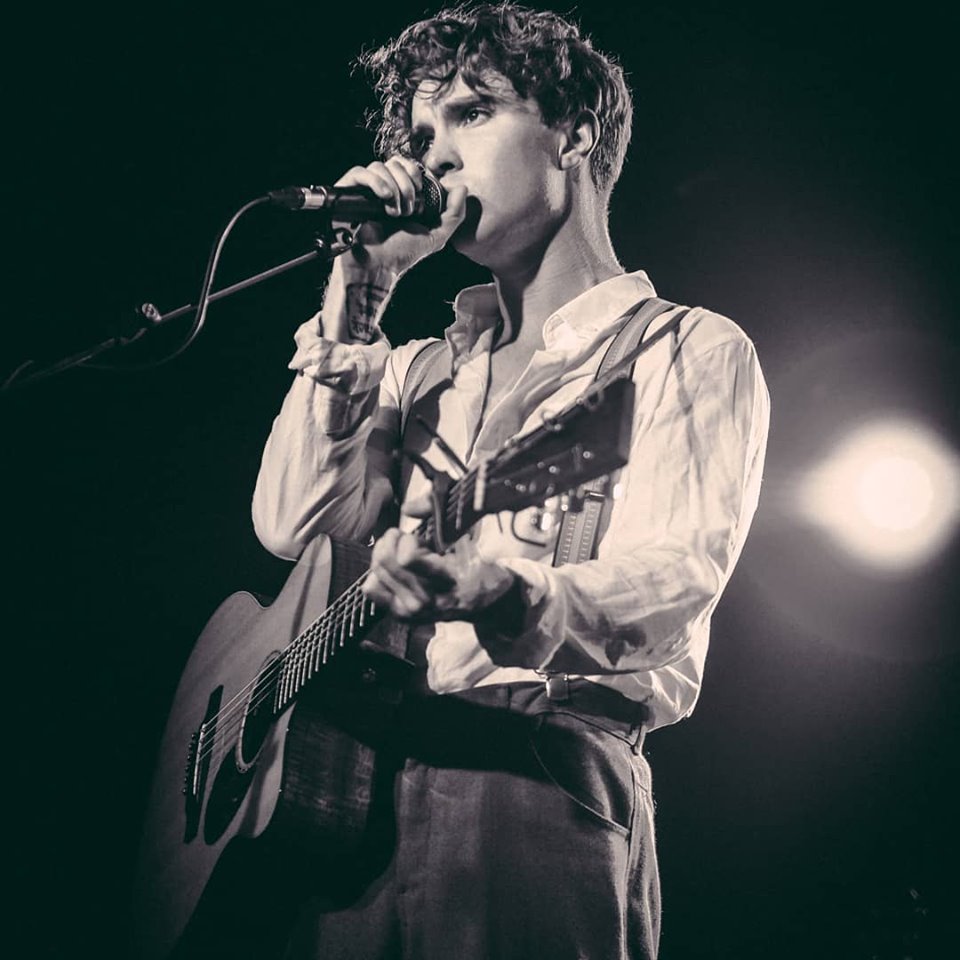 But despite the achievement, Keenan hasn’t listened to the album himself.  “It would feel like I’m repeating myself,” he tells me.

“I was present in it when I was there, but now it’s a universe of its own. It will probably outlive me, it’ll go off and travel and maybe play a part in someone’s life, but for me it’s always about the next song.”

“But playing the songs live has been incredible. When you’re in a room full of people and there’s a certain understanding between everyone in the room-- it’s one of the deepest forms of human connection. People can embrace their vulnerability.

“Look at the ancient tradition of music and language, that’s what it’s for. You can go into a space and feel uninhibited and be free of the tyranny of the self. You’re there as an individual but you’re a part of something as well. It removes you from your own apparatus for a while.

“You can scream, you can dissipate the veil. You can cry, you can fucking laugh.”

Keenan’s deep fascination with Irish culture is apparent from his music, lyrics and how he carries himself, and his songs often read like poetry—was he always drawn to this style or was there a certain moment which inspired him?

“Being Irish and growing up in Ireland, it’s the most natural culture to be engrossed in,” he says.

“Everyone in life goes through a stage where they wonder ‘who am I, what’s my purpose, where do I come from?’ It’s all about understanding, connection and belonging.

“But I don’t perceive myself as a poet, or think of what I’m doing as poetry. I’m not thinking that way about it. It’s a dangerous enterprise to start getting notions of yourself.

“[When writing the songs] I don’t question it, it’s a labyrinth and you’ll get lost or risk scaring it away. It would lead me to madness.”

“It’s for other people to say. Once you put it out there, it’s all subjective.” 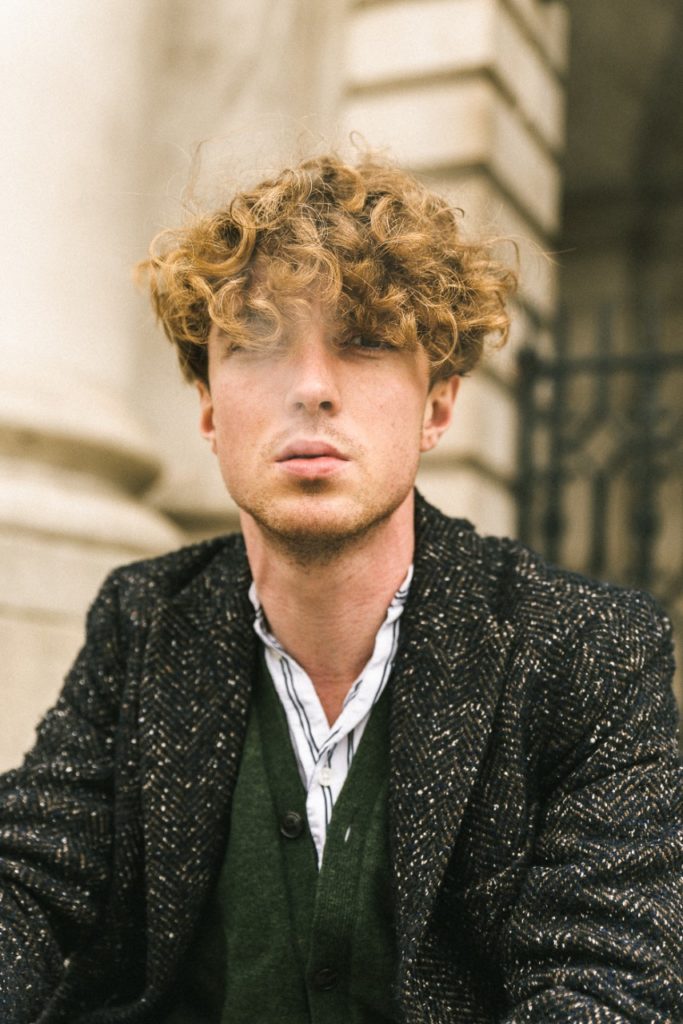 Playing live to a room full of people seems like it comes as the most natural thing in the world to Keenan, as anyone who was present as he performed an atmospheric, confident and connected set in London's Dublin Castle last week can attest to, but looks can be deceiving.

“It’s a work in progress all the time,” he admits. “I did it out of necessity.”

“I think back to myself as a younger fella and going up on stage with my eyes rammed shut and trying to vent some of that angst out of me, and that pain, and I suppose I was sending out smoke rings for people who understood in some way. ‘Is there anyone out there? Have you gone through this as well, do you understand or am I just mad’?”

“I’m being less hard on myself these days. I’m less savage on myself. I have to work on that every day. I try to embrace singing and being in a room full of people and not think ‘You’re fucking up, you’re not good enough’.

"Every day we're all dying from this thing called old age, and you just have to fuck the fear."

As unique an album as it is, attempting to label A Beginner’s Guide to Bravery with a particular genre would be “doing the songs a disservice”, according to the artist.

“It restricts the imaginative process,” he says.

“It’s part of this campaign of dumbing everything down. ‘Here you go, there it is, take two of them a day, here’s the ingredients, shorten the sentence, dumb everything down’.

“I can only say from my point of view what I got out of [the album].

“I got a sense of ‘I said what I needed to say, unfiltered, and I tried to say it as brutally honest as I could and try to record it in that way.’ 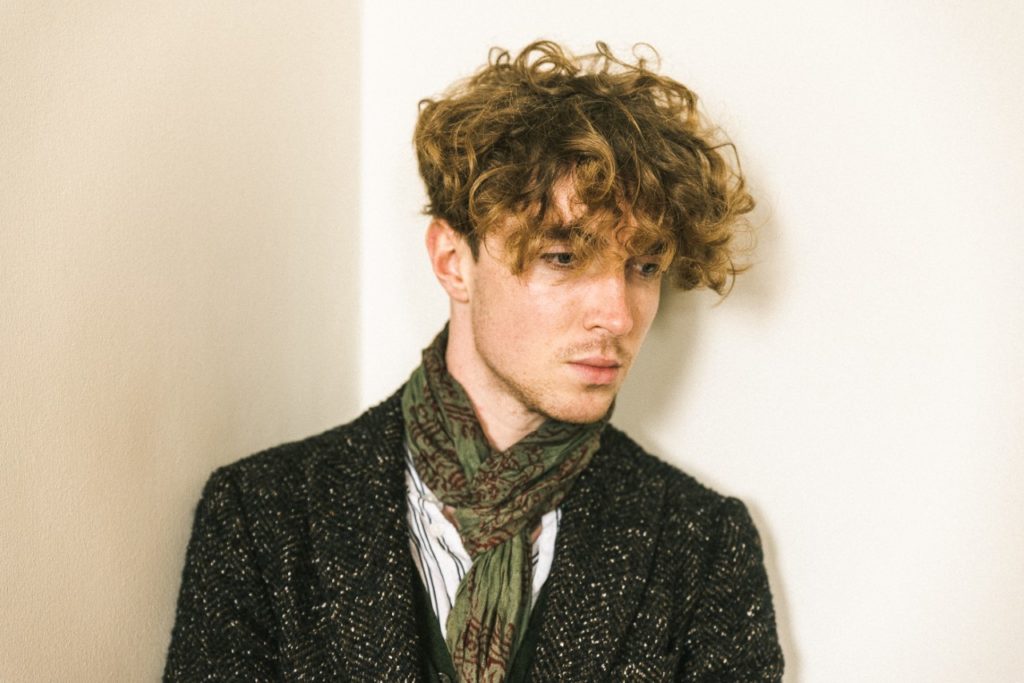 From the content and structure of his songs, including the odd cúpla focail which appear on the album, it is clear that Keenan has a deep grá for Ireland -- something which can be summed up in his description of returning to his homeland after touring America.

“We came back from America and I was really pining to get back to Ireland," he says.

“I went out to the Aran Islands and put myself back together like a jigsaw puzzle. I got connected again. I felt that absolute connection to the earth.

“It defies description. I just know when I’m home. And I try and carry it with me.

David Keenan's debut album, A Beginner's Guide To Bravery, will be released on January 10th 2020 and is now available to preorder.

He is currently touring around Ireland and the UK and will return to London on St Patrick's Day to perform in the MOTH Club.

For tour dates, to preorder the album and to keep up with Keenan's musical endeavours you can visit his website and Facebook page.