FROM clogs to cheese, tulips to the red light district, Amsterdam is a place that could easily drown in clichés.

But there’s so much more to the city, which at just over an hour’s flight from London, makes for the perfect 24-hour getaway.

With sights set on one of the city’s newest hotels, The Hoxton, Amsterdam, we packed an overnight bag and headed for the Netherlands’ Venice of the North.

Whether you’ve got all the time in the world or simply a day or two, Amsterdam is an easy to get around, compact city, full of charm.

And while it may be lacking the Colosseum-like wonders of Rome, it’s still got plenty to offer to those in search of a weekend break. 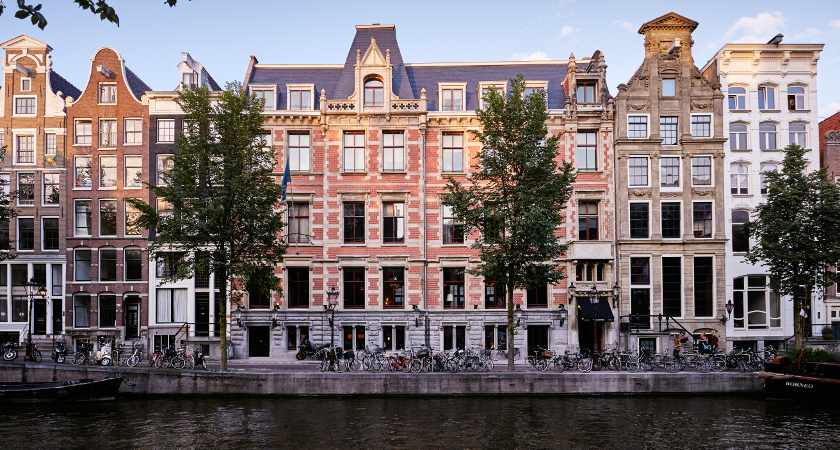 The Hoxton, Amsterdam opened earlier this summer and is made up of five gloroius canal houses

But before heading out to explore, we checked in to our home for the night - located on one of the city’s main canals, Herengracht.

The Hoxton, Amsterdam opened earlier this summer and is made up of five canal houses that were once home to the Mayor of Amsterdam during the 17th century — the city’s golden age when it was one of the wealthiest in the world and the third largest city in Europe after London and Paris.

The hotel marks the first outside of the English capital for the Hoxton series and at its Amsterdam base you’ll find 111 rooms spread out over five eye-catchingly decorated floors.

With a warm welcome on arrival, followed by a brief run-through of the essentials and perks, we checked into our room complete with canal views and welcome waffle cookies courtesy of the hotel’s Siobhán Callaghan.

You can find these deliciously addictive cookies and more at Stach, a good food deli with a number of locations in the city. 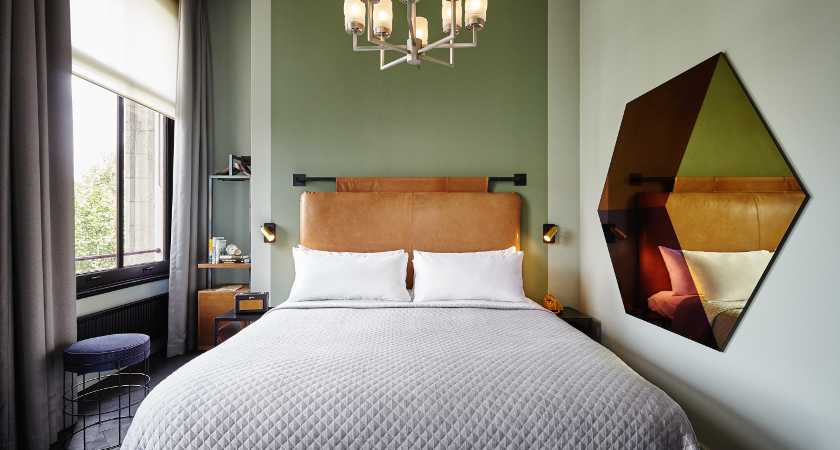 Among the Hoxton perks are free wi-fi and an hour of free global phone calls, although I resisted calling my pal Down Under on the grounds that, unless it’s Adele, no one appreciates a middle of the night ‘hello’.

Each room also has it's own fridge with fresh water and milk and the option to stock it full of treats from the tuck shop downstairs — avoiding all that unnecessary clutter you get with other hotel mini-bars.

Here, you pick what you like to stock the fridge with, or not — the choice is yours.

My favourite extra, however, came the following morning with the arrival of the breakfast bag — a goodie-laden kit left hanging outside your door with a banana, yoghurt granola and fresh orange juice inside, the perfect pick-me-up start to the day. 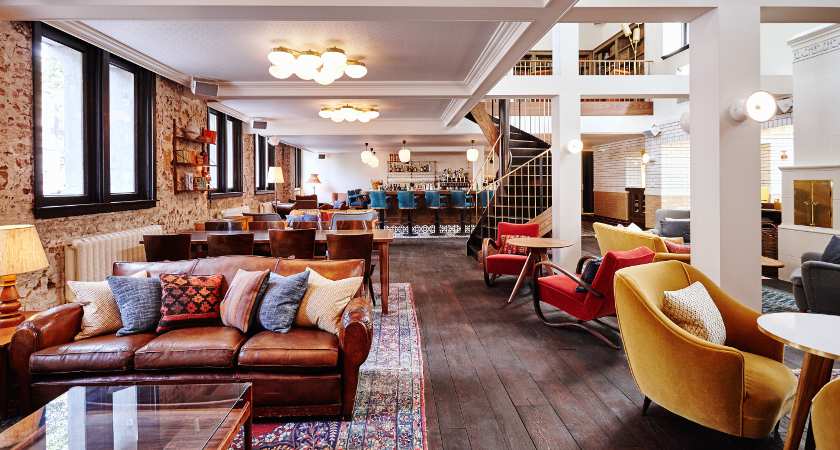 The Hoxton, Amsterdam - the prefect place to relax

But if you fancy something more substantial, head downstairs to Lotti’s, the Hoxton’s all-day Italian-inspired restaurant where you’ll be equally at home having an early coffee or a evening cocktail.

If you’re a fan of design, the Hoxton’s for you. Rooms created by Amsterdam duo Nicemakers take their inspiration from the building’s history and neighbourhood and you’ll find lots of quirky accessories, from vintage books to retro clocks, in the high-ceilinged restored rooms. 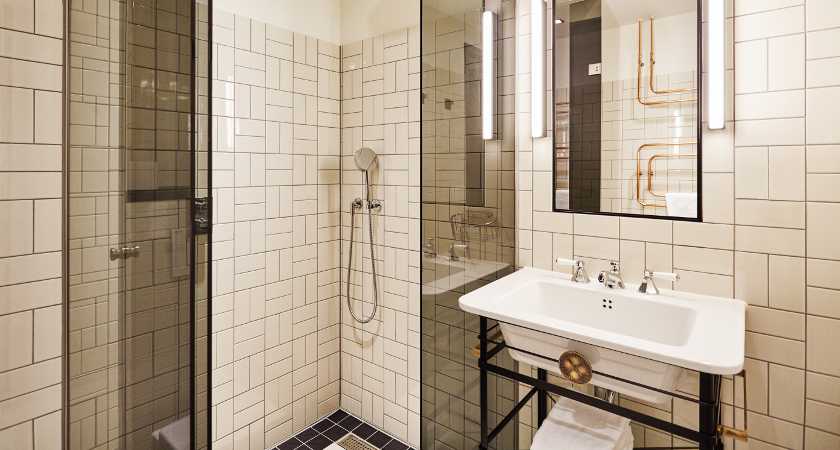 The hotel's bathrooms are stocked with bespoke Pen & Ink products

You can head straight out from The Hoxton onto Herengracht where most of the city’s attractions are within walking distance, including famous museums like the Rijksmuseum and the Van Gogh museum.

There are 75 musuems in Amsterdam in total, among them the Anne Frank House, where Anne wrote her famous diary during the Second World War.

Walking around the annexe of the house on the Prinsengracht canal, the sense of history and tragedy won’t escape you.

If there’s time explore Amsterdam Noord, the city’s greenest borough and a creative cultural hub where you’ll find ample shops, restaurant and bars just a ferry-ride across the river IJ.

For architecture and design head to the eastern docklands, while Oud-Zuid in the city offers more exclusive shopping and sights. 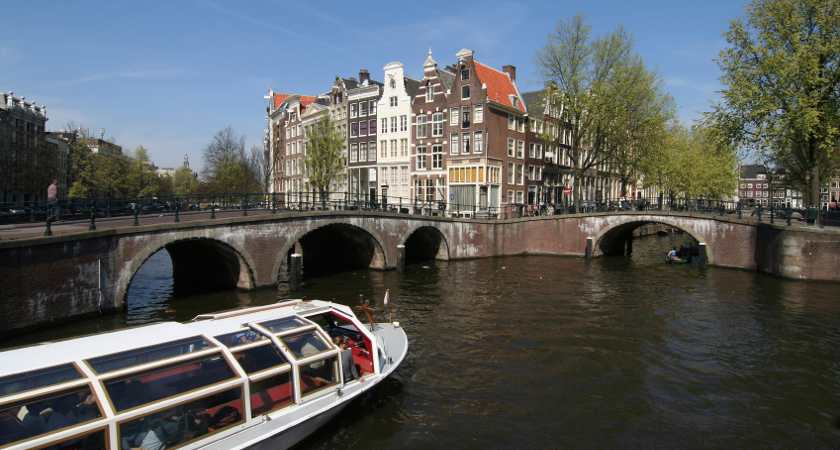 A boat cruise on the Amsterdam canals offers a great way to see the city. Picture: iStock

But no trip to Amsterdam would be complete without a canal tour.

At any one time there are dozens of small boats zipping underneath bridges through the city’s maze of waterways that are over 400 years old, and since 2010 have been on the UNESCO’s World Heritage list.

Look up and you’ll see architecture from the 16th to the 20th century and no end of richly decorated canal-house gables.

We boarded the 100 Highlights Cruise (€16 per adult, children €8) which takes in most of the city’s sights.

You’ll pass Amsterdam’s oldest house on the main canal, Herengracht 81, which was built on 1590 as a traditional merchant’s house; the famous skinny bridge, Magere Brug — as seen in the James Bond film Diamonds are Forever - as well as the narrowest house in Amsterdam, on Singel nr 166, which has a gable measuring just 180cm wide.

Clichés aside, there really is no better way to watch this charming city go by. 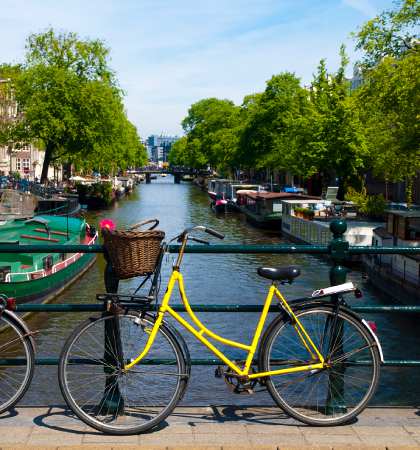 There are over 881,00 bicycles in Amsterdam

Bridges on the canals: 80