STREET SIGNS in Belfast could be changed into Irish under a new proposal put forward by Sinn Féin.

The move would see all streets in the Northern Irish capital displaying bi-lingual signs, with each street having the opportunity to opt out.

The proposal asks Belfast City Council to "install bi-lingual signage in all of its streets, subject to the occupants in each street (who are on the electoral register) being contacted by means of a letter survey, and if the threshold of 33% is returned, and 50% plus one are in opposition to the plans, then the signage will not be installed."

It adds that it would "allow people to opt out if they did not want bi-lingual signage" and "covers it in a very legal and sound way". 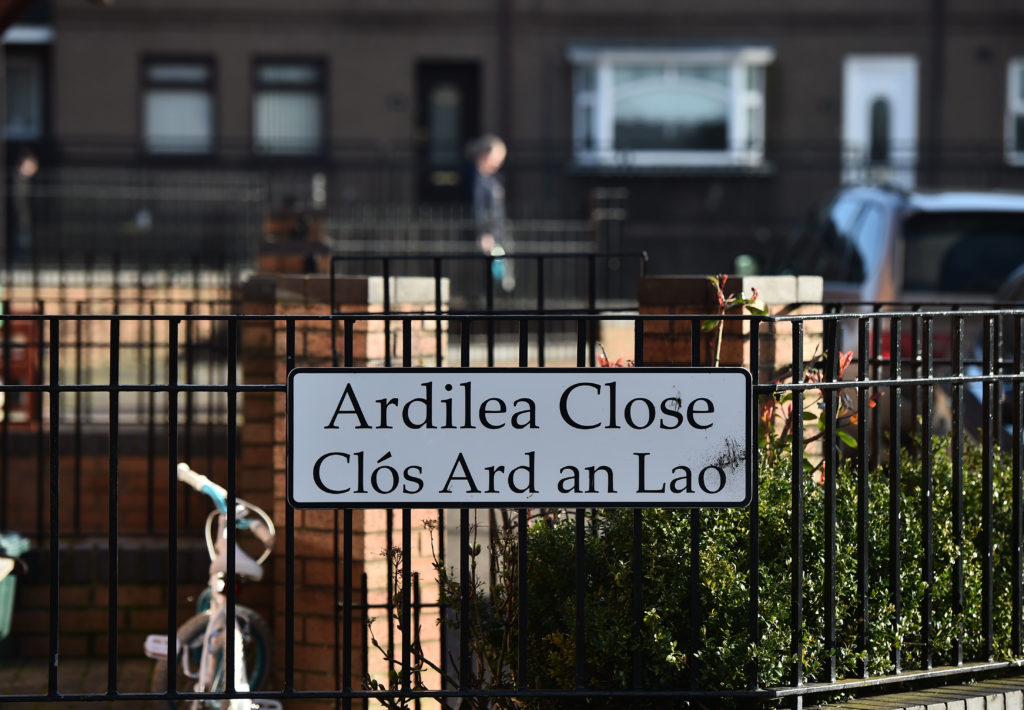 Supposedly, more than the two-thirds of residents in the city are in favour of the proposal, as are the Social Democratic and Labour Party (SDLP).

But the proposal faces strong opposition from the Alliance Party, who believe the move to be a waste of money at a time when financial struggles are rife.

It's thought the move could cost upwards of £4 million (€4.4 million).

Alliance councillor Michael Long described the proposal as "half-baked and reckless when the council is struggling with the financial impact of Covid-19".

The issue will be discussed at today's meeting of City Hall's Strategic Policy and Resources Committee.