'It's a bird! It's a plane! No-- it's the Boris Blimp!' BoJo is the latest politician to get the balloon treatment

BORIS JOHNSON has been compared to Donald Trump in the past, and now the pair have another thing in common—they will both have had balloon versions of themselves flown over London.

Activists at the anti-Brexit organisation Best for Britain have joined up with March for Change to announce that BoJo will be the latest politician subjected to the balloon treatment, citing Johnson’s empty promises as being nothing but hot air.

Johnson’s infamous vow that Brexit would provide the NHS with an extra £350 million per week takes centre stage on the balloon, and is complemented nicely by the cartoon politician’s bizarre hairstyle. 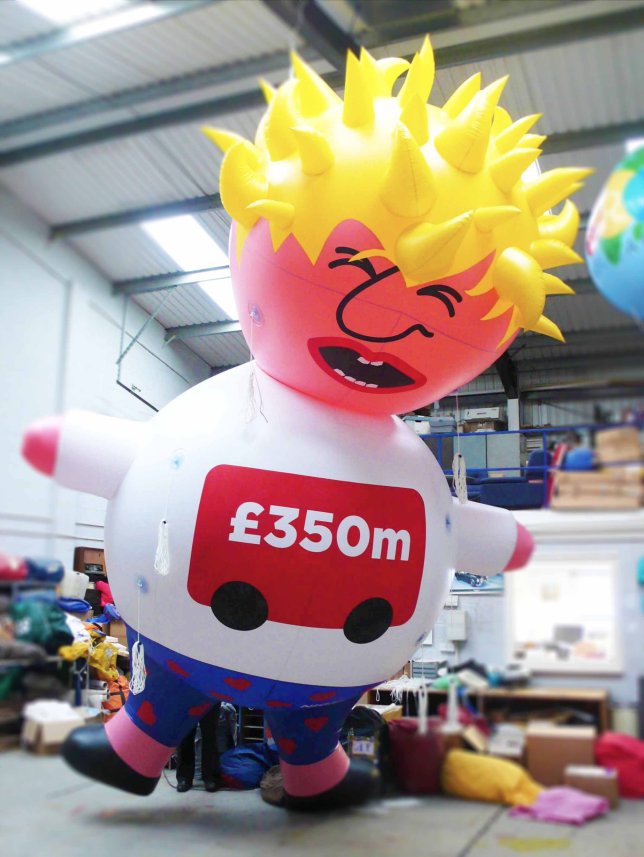 The organisations behind the infamous ‘Trump Baby’ balloon, flown over London for the US president’s visits last summer and earlier this year, have crowdfunded over £5,000 pounds for their newest stunt. 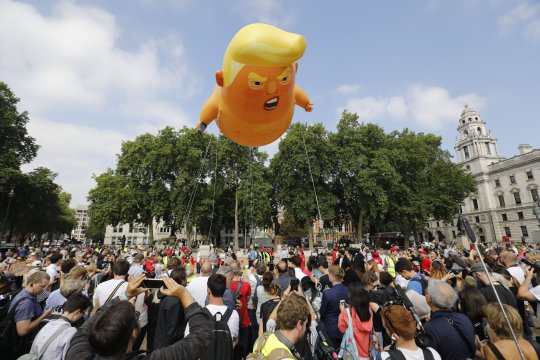 The 'Boris Blimp' will be the new 'Trump Baby' balloon (Source: Getty images)

The ‘Boris Blimp’ will make its debut this Saturday at the March For Change demonstration, which kicks off at 12pm in Park Lane before finishing outside Westminster.

The front-runner for the position of Prime Minister has yet to comment, but you can be sure he’ll have something to say about it.

'It's so dark, it's unspeakable' – Priest says community is reeling from deaths of three young children

'It's NOT racism!': Thomas Markle says criticism of Meghan is justified & nothing to do with skin colour