IN THE final days of his election campaign David Cameron has made a special stop at the family-run business which provided a climbing frame for his Downing Street garden.

The Prime Minister took time to visit the team at Dunster House in Bedfordshire this week - a firm which produces timber garden buildings and was founded by Tipperary-native Chris Murphy.

The event, which saw Cameron address a number of the 500-strong team working at Dunster House, was a surprise for everyone involved - as the firm was only informed of their special guest 30 minutes before his arrival.

“We were expecting one of our local MPs to pop in to talk to our team,” a spokesperson for Dunster House told The Irish Post today. 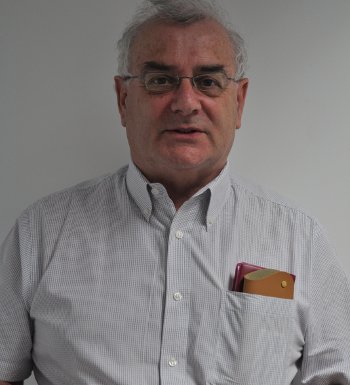 “We did not know until half an hour beforehand that the man currently fighting for leadership in the election battle would be stopping by,” they added.

“But for us this visit was recognition of a local business and it’s standing in the local community. We’ve been recognised for the work we’ve been doing for over two decades now, as we are one of the biggest garden buildings manufacturer in the UK and employ more than 500 people.”

While this month’s visit marked Cameron’s first to Dunster House, he is no stranger to the brand.

When he moved into Downing Street in 2010 the PM purchased the firm’s popular Monkey Tower climbing frame for his children.

The £250 product, which is no longer in production, remains in the garden at No.10 and is often spotted in the background when Cameron does outdoor interviews from home.

“The Prime Minister must be so happy with our product that he came back for another one”, joked Dunster House founder and director Chris Murphy.

Mr Murphy, who founded the firm in 1994, emigrated from Ireland to Britain in the 1960s.

He has spent the past two decades growing the business, which now holds a leading position in the British garden and outdoor lifestyle retail market and boasts sales in the Middle East, Japan, New Zealand and across Europe.

One of his latest developments has been in the field of sanitation solutions for global humanitarian and disaster relief products – with Dunster House playing its part in a research project being led by the University of the West of England and international charity Oxfam.

“Working with organisations like UNICEF or Oxfam ensures we can bring our knowledge and experience to bear in tackling the international sanitation crisis,” Mr Murphy explained.

“That’s why we keep expanding our humanitarian range, and we always welcome input to individualise our products for potential clients."

While the company director would not reveal whether he would be backing David Cameron in next week’s election, he did confirm that the Dunster House team was happy that the Conservative Party leader took the time to stop by.

“The PM visit was a good opportunity for our employees to hear and understand about the options they have and about the future,” he said.

“We wanted to be able to allow our staff to be involved as it’s not every day that you get the opportunity to see and listen to the Prime Minister.”