‘It was incredibly intimidating’ – Catholic woman awarded £20,000 after Protestant boss shouted ‘Tiochfaidh ár lá’ at her in anti-Irish rant

A CATHOLIC woman has won a £20,000 payout after she was forced to leave her job following a "Tiocfaidh ár la” tirade by her Protestant boss.

Helen Scott, 52, from Belfast, was “discriminated against, harassed and victimised on the grounds of her religious belief or political opinion and constructively unfairly dismissed”, a Fair Employment Tribunal found.

Ms Scott brought the case against east Belfast-based plumbing firm Stevenson & Reid’s Ltd after her line manager shouted the Irish republican slogan – which means “Our day will come” – at her. 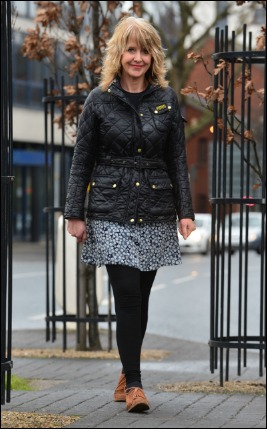 The Tribunal heard that her boss, a director of the company, launched into an anti-Irish rant when he learnt that he had to attend a meeting in her place.

He swore at her in front of her colleagues and shouted "Tiocfaidh ár la” into her face, which left Ms Scott feeling “anxious, upset and embarrassed”.

Ms Scott, who was the only Catholic worker employed by the firm, said her boss’s discriminatory rant was delivered in “a menacing manner”.

The Tribunal found that the principal reason for Ms Scott’s resignation in 2015 was “the breach of the implied term of trust and confidence”, and awarded her €23,200 in compensation.

After the decision, Ms Scott said she was “very relieved” to be able to put the matter behind her.

"It has been an extremely stressful time for me and my family," she said.

"The shock of being singled out for sectarian abuse in front of colleagues was incredibly intimidating.”

In a statement, the Equality Commission said: “The company’s workforce is predominantly Protestant, and at the time of the events described, Ms Scott was the only Catholic employee in the East Belfast showroom.

“The discrimination and harassment started after an incident on July 31 2015 when her line manager, who was a director, found out that he was to attend a meeting in her place.

“He shouted and swore at her in front of her colleagues and, as part of the outburst, shouted ‘Tiocfaidh ar lá’ into her face.

“Ms Scott said she was stunned and embarrassed by the use of that phrase in front of other members of staff and she was anxious and upset about the incident over the following days.

“She believed the phrase was directed at her because of her religious background and perceived political opinion with the intention of causing her offence.”

As part of its decision, the Tribunal found that the ‘Tiocfaidh ár la’ phrase “has a clear sectarian significance” and victimised Ms Scott based on her “religious or political opinion.”