A NEW Guinness World Record has been set for the most Irish coffees made in under three minutes.

Rory McGee from The Shelbourne bar in Cork set to new record after making an astonishing 49 Irish coffees within the allotted time.

That also equates to 16.3 coffees per minute or close one Irish coffee every three seconds.

Mr McGee was one of five bartenders attempting to set the new record, along with  Jane Meehan of Russels Saloon in Dundalk, Séamus Óg Birt from Me & Mrs Jones in Portstewart in Derry, Sean Whelan of Café en Seine in Dublin and Max McPherson from Bootleggers in Belfast.

The five were going after a brand new record to see who could make the most Irish coffees in the space of just 180 seconds.

Current Guinness World Records around the subject of Irish Coffees include the record for the world's largest, which is set at 1,000 litres, and the record for the most sold in a single day, which was set by a bar in Savannah, Georgia back in 2018 and stands at a whopping 2,223.

Reflecting on his record-breaking success, Mr McGee said: "I'm so proud to have won a Guinness World Record, everybody loves an Irish Coffee and what better way to celebrate it than to make history with it."

George Roberts, country manager with Hi-Spirits Ireland, added: "The Irish Coffee is renowned around the world but it might be the most underutilised cocktail in Ireland.

"It is a drink of which we as Irish people can be proud." 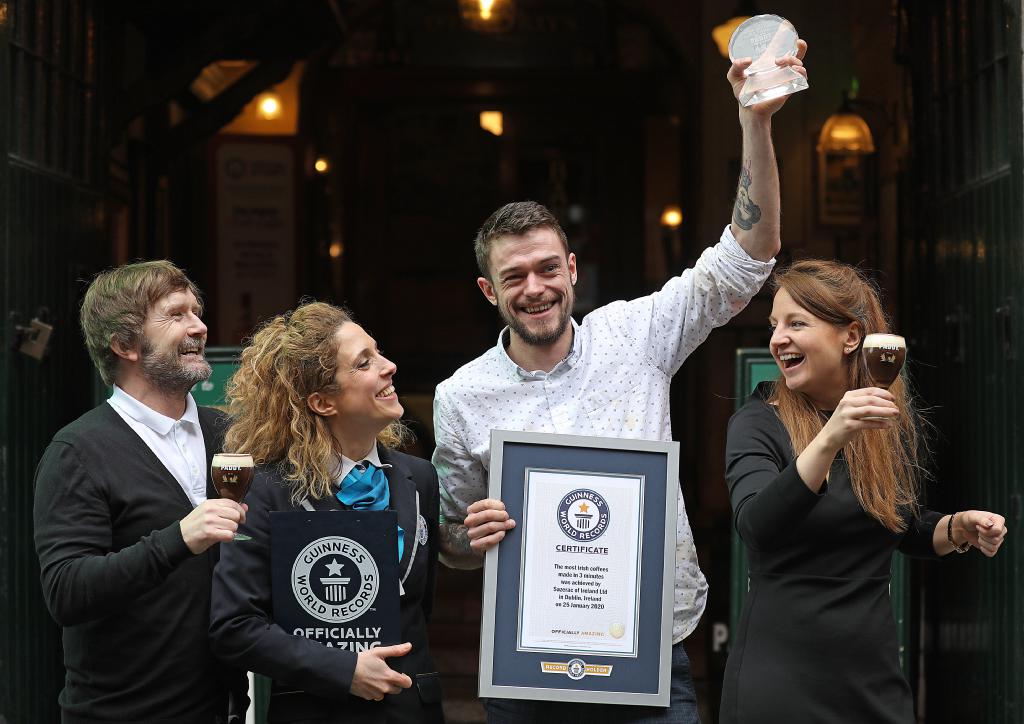 Irish coffee's origins can be traced back to 1943 when Joe Sheridan, the head chef at a restaurant and coffee shop at flying-boat base in Foynes, County Limerick, came up with the recipe.

Late one night, the County Tyrone cook got word that a flight that had previously departed Foynes for Botwood in Newfoundland was returning after several hours flying in bad weather conditions.

Knowing the flight's disgruntled passengers would be cold, tired and thoroughly fed up, Sheridan decided to serve them something that was warm, welcoming and capable of raising their spirits.