WE all know Donald Trump loves himself, and hey, there's nothing wrong with that. But at what point do you tell yourself... it's time to dial it back a touch?

The secret was revealed - rather accidentally - by Stephen Miller, one of Trump's current senior advisors.

He posted a photo of himself standing next to Trump who was sitting at the desk of his new base of operations in his Mar-a-Lago, Florida office.

It's the first chance the public has had to take a peek inside Trump's life post-presidency.

The focus, as it usually is, is supposed to be on the big man himself, but it's the little version of the big man that caught everyone's eye.

In the corner of the room, on a desk behind Miller sits a small Donald Trump statue, which looks around a foot tall.

Just had a terrific meeting with President Trump! pic.twitter.com/jGyAnURAky 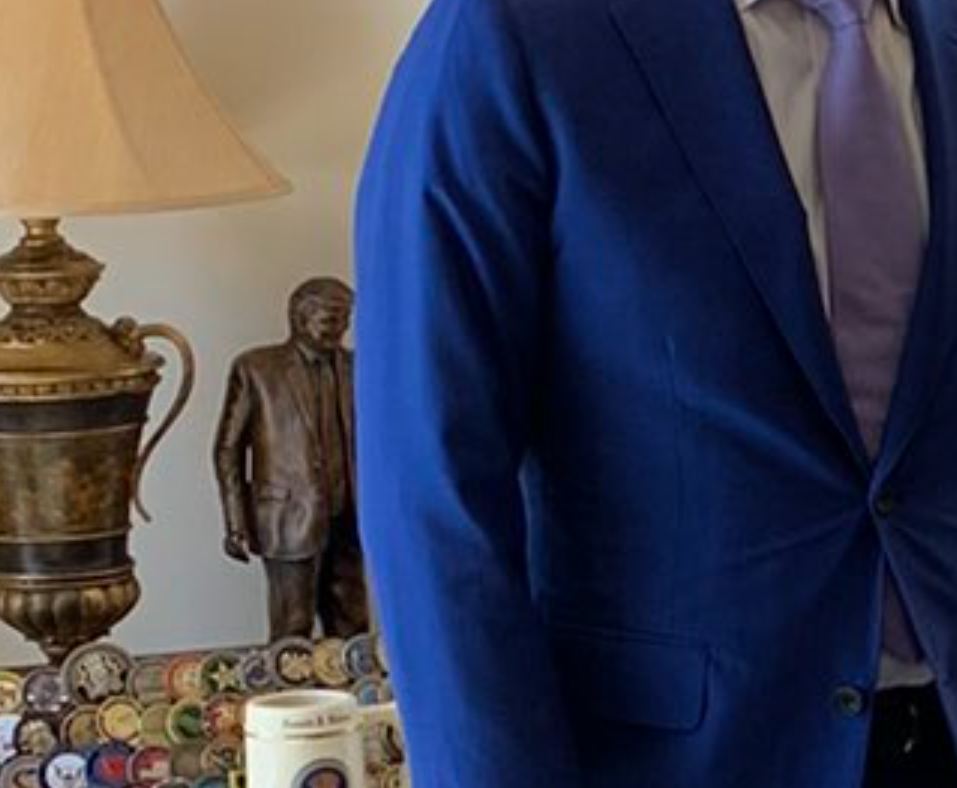 Eagle-eyed social media users also noticed that the desk Trump was sitting at is an almost exact replica of the presidential desk inside the Oval Office.

Way to live in the past, Don.

There's also a half-hidden bottle of what looks like Diet Coke, which if the story about Trump's diet coke button on the Resolute Desk is to be believed is rather appropriate.

"Just had a terrific meeting with President Trump," wrote Miller.

Elsewhere in the photo, a copy of the Wall Street Journal is laid in the middle of the table, while behind the two are framed photos of Mt Rushmore and a flying jet.

There's also a hunk of metal which was apparently used to build the highly controversial US-Mexico border wall.