IRELAND'S CHIEF Medical Officer is to return to his role next week following a period of leave for family reasons.

Dr Tony Holohan became a household name as he addressed the nation in daily press conferences regarding the spread of coronavirus beginning in March this year.

The doctor, who has been called a 'national hero' for his work throughout the pandemic, has been on leave since June in order to spend time with his family after his wife, who was diagnosed with terminal cancer, was moved to palliative treatment.

Dr Ronan Glynn has stepped in as Acting Chief Medical Officer, but Dr Tony Holohan will return to the role as early as next week.

Sources told The Irish Times it is expected that the return of Dr Holohan, who is seen as a trusted source by the vast majority of Irish people, will strengthen the argument for tougher restrictions which are expected to be introduced in a number of counties in the coming days. 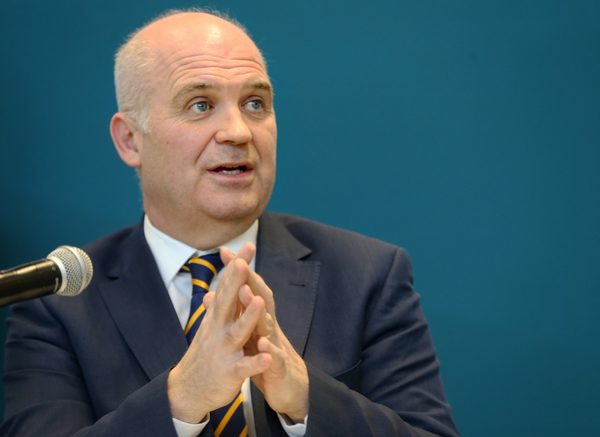 Dr Tony Holohan has been on leave since June to care for his wife after she was moved to palliative care following a diagnosis of terminal cancer.

Both Dublin and Donegal have been moved to Level 3 restrictions under the Government's Plan for Living with Covid, and a spike in cases in Cork, Galway, Roscommon and Monaghan has led many to speculate that the four counties will soon follow.

Yesterday, a further 429 new cases of Covid-19 were identified across the country, along with one further death.

There have now been 36,155 cases of coronavirus reported in Ireland since the pandemic began in March.