THE family and friends of murdered GAA fan Joe Deacy gathered at his Hertfordshire GAA club to mark the third anniversary of the tragic 21-year-old’s death.

Some 100 people came together at St Colmcilles GAA club in St Albans on Saturday, August 15, just over three years since Joe was killed while on holiday in Co. Mayo. 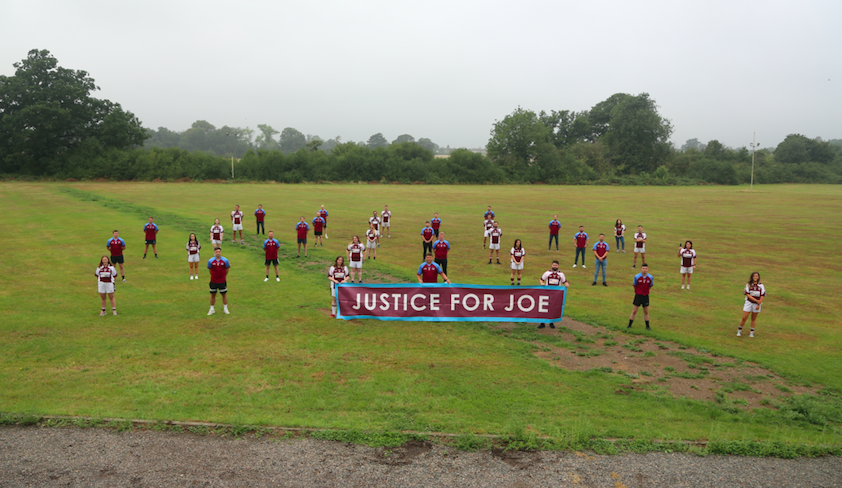 The sportsman, who played for St Colmcilles, was an avid Mayo GAA fan and a regular visitor to the town of Swinford - which his family claim he considered “his second home”.

While visiting in 2017 he was discovered seriously injured outside a house in Gortnasillagh on August 12.

He was rushed to Mayo University Hospital before being transferred to Beaumont Hospital in Dublin, where he was pronounced dead on the evening of August 13.

A post-mortem examination showed that he had suffered severe head injuries and Gardaí launched a murder investigation.

Despite regular appeals for witnesses and information, by both the Gardaí and the Deacy family, the person or persons responsible for his death have yet to be found.

Prior to the event held in St Albans this month, which saw his father Adrian, mother Alison and sister Charlotte in attendance, the family undertook an anniversary walk in Mayo, which ended outside the house where Joe’s body was found.

Joe’s uncle Paul Deacy, who attended both memorial events, told The Irish Post: “100 people came out to the St Colmcilles gathering to remember Joe on the third anniversary of his death.”

He explained: “Last year we played a memorial match between his clubmates and his friends on his anniversary.

“We couldn’t do that this year due to Covid-19 restrictions, but his friends and family wanted to come together to remember Joe and to remind everyone that we are still here, we are still looking for justice for Joe.” 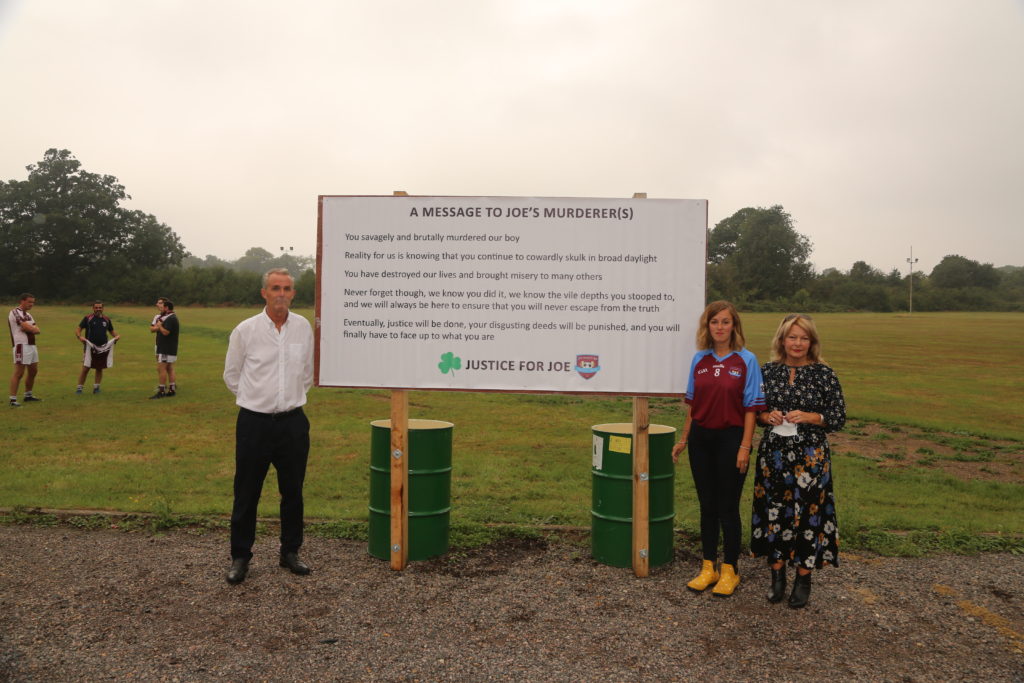 Joe Deacy's parents Adrian and Alison and sister Charlotte stand alongside a message to Joe's killer(s) at the anniversary gathering in St Albans (PIC: Brendan Vaughan)

The family used that occasion to send a “message to Joe’s murderer (s)”, with a banner stating: “You savagely and brutally murdered our boy. Reality for us is knowing that you continue to cowardly skulk in broad daylight.”

They added: “You have destroyed our lives and brought misery to many others. Never forget though, we know you did it, we know the vile depths you stooped to, and we will always be her to ensure you never escape from the truth.”

The final line of the family’s emotive statement read: “Eventually, justice will be done, your disgusting deeds will be punished, and you will finally have to face up to what you are.”

Joe’s uncle Paul said the mood at the St Albans memorial was “mixed”, being “sombre obviously, but also a celebration of Joe’s life”.

He added: “His friends were all there and they wanted to celebrate Joe, they are saying we are not going to forget him. We haven’t forgotten him.

“The message from the family is that we are not going anywhere, we want justice for Joe and so do his friends.

“That’s the most important thing, that’s what we were there for.

“We are determined to keep going.”