Famous Dublin pub sadly announces it will close in October

THE BERNARD SHAW PUB in Dublin has announced that it will close in October following 13 years of pulling pints.

The owners of the famous boozer on Richmond Street have said that they will close "for good" after declaring that their fate was taken "out of their hands."

It had been rumoured for a few weeks, but finally management confirmed the bad news with an announcement on Facebook.

"It's with heavy hearts that we announce the end of our Bernard Shaw adventure," they wrote.

"At the end of October 2019 we will close the Shaw, Eatyard, all organisational, art and performance spaces and everything else in the building and yards - for good. 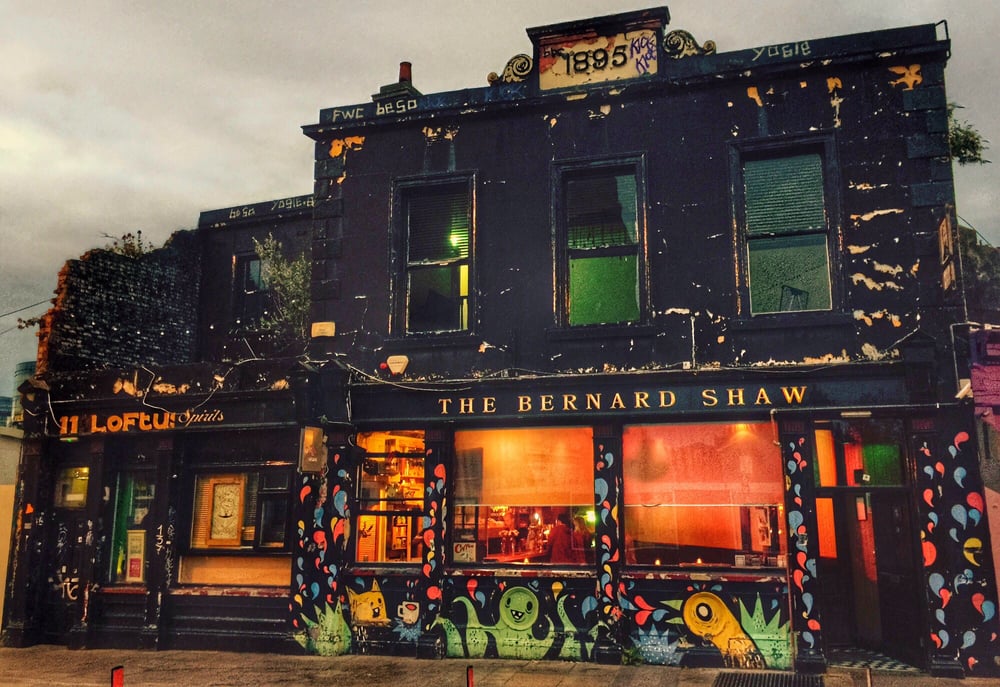 "We've tried really hard over the last few months to renew the lease, stay on longer, or buy the place. A lot of things didn't go our way over the last 12 months either, but it's out of our hands now unfortunately.

It's unclear - and unstated in the post - exactly why they've been forced to close, and comes as a surprise to anyone who may have visited the pub over the years, seeing how popular it was.

Earlier this year they were refused planning permission to operate in their beer garden. Although Dublin City Council initially granted them permission to use the outdoor sections, an appeal by a local resident ultimately thwarted the plans from going ahead.

Despite the closure, Bernard Shaw management have told their regulars that they will be back, curiously stating that "plans are afoot" for "something else".

"Dublin is changing, we can all see and feel it but we are going nowhere & we won't go down without a fight. We'll start something else, somewhere else (plans are afoot) , and keep fighting the good fight," they said.

They went on to thank their loyal customers as well as they many members of staff who'd made a living there at a time, before signing off with:

"We'll have more info, lineups, events, wakes, next steps out over the next few days & weeks.... until the end of October we're open as normal, we're ready for y'all and we're gonna party like its....2019!"

What a shame. They will be missed.