IMAGES have emerged of two men arrested yesterday over the brutal rape and murder of Liga Skromane in India.

Ms Skromane was originally from Latvia but had lived in Dublin for five years with her Irish partner Andrew Jordan.

The 33-year-old's mutilated body was found hanging from a tree in a mangrove forest in Kerala province on April 21.

She had been reported missing on March 14 after undergoing ayurvedic treatment of depression in Kerala with her sister Ilze.

According to police in the province, two "drug peddlers" lured Ms Skromane to the murder site by saying it was a "beautiful place".

It is alleged that they drugged her with cannabis before attempting to sexually assault her. When she refused their advances, they strangled and murdered her.

The accused youths, Mr Umesh and Mr Udayan, have been charged under IPC Sections 302 (murder), 376 (rape) and 20(b) of the Narcotic Drugs and Psychotropic Substances Act. 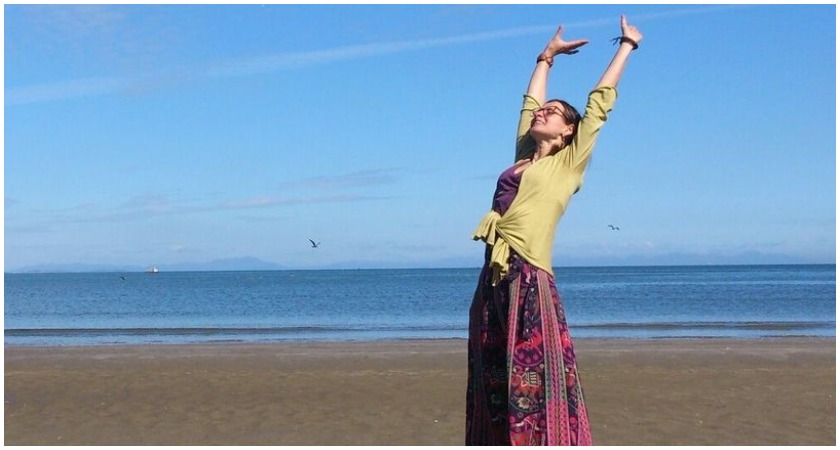 Liga Skromane had been in India to attend a wellness retreat for depression (Image: Facebook)

Police Commissioner Prakash said: “A thorough search of the entire crime scene was done by police officers and collected so many evidences.

"The drug peddlers, anti-socials and persons having shady characters were shortlisted and thorough interrogation was done.

"Finally, the youths who have access to that particular place were identified and interrogated by the police officers.

“One Mr Umesh and Mr Udayan were arrested in connection with this incident. The above persons had enticed her, drugged her by using ganja and abused her sexually.

"When she resisted them physically, they strangulated her and hanged the lady using creepers.”

Commissioner Prakash added: "The accused then tried to make it look like suicide by hanging her body to a natural creeper. As the decomposition set in, after about 30 days the head fell off the body." 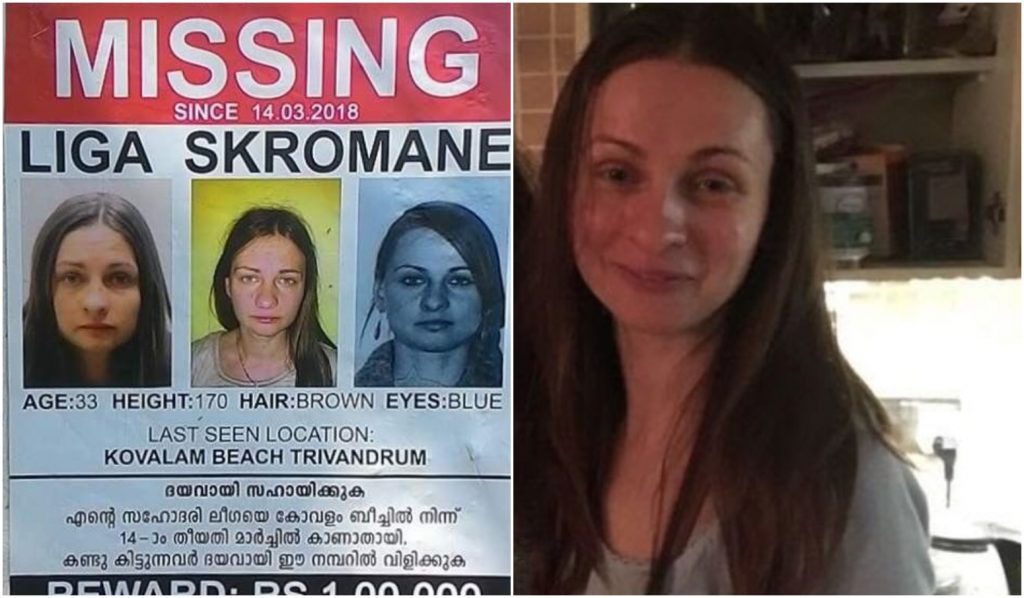 An autopsy found that Ms Skromane had been strangled to death, while a forensic report confirmed the existence of blood clots in her brain as well as bruises on her neck and legs.

The Latvian national's funeral took place yesterday in Thiruvananthapuram, after which her ashes were flown back to her native country.

Ahead of the memorial service, Ms Skromane's sister Ilze told NDTV: "I am aware of the police investigations and they have been in touch with me. For now, I am focusing on the funeral.

"Liga loved Kerala and had received a lot of love and support, we don't want to leave India with only bad memories.

"The funeral will be a private affair and on Sunday there will be a memorial, which will be open to the public. It will be a tribute to her life."

Ilze added: "Senior police officer Manoj Abraham has been in regular touch with me.

"I know they are doing their best give us justice."