A CONTROVERSIAL fish and chip shop named The Battered Wife is set to close its doors amid opposition from campaigners its contentious moniker.

The chipper in Queensland, Australia first opened in 2017 but has only recently attracted negative press online, with several domestic charities urging the public to boycott the takeaway.

"That business is completely out of step with what [the] community’s expectations are," Queensland Attorney-General Yvette D’Ath told news.com.au. 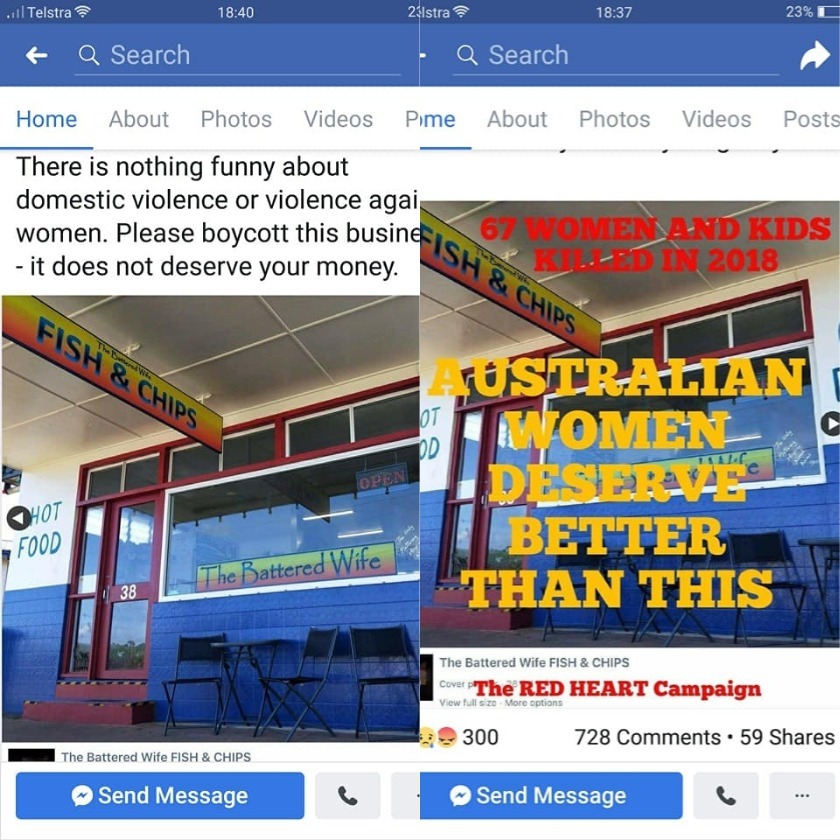 The Battered Wife is now set to close its doors for a final time, with Kerr taking to Facebook to reveal she is facing an audit by an industry watchdog following an anonymous complaint.

Kerr, who used to be a police offer, also revealed she has been threatened several times.

"It is with deep, deep sadness that I inform you that we will cease trading next week,” she says on the video.

"As many of you know, I’ve been the subject of an abusive witch hunt by a not-for-profit organisation, more than one, who are anti-abuse."

"They threatened to throw bricks through my window," she added,

The Battered Wife is for sale for £38,000 while there's also an option to purchase the entire premises, including a house, for a total of £183,000.

Ireland's best-rated fish and chip shops have been revealed