FIVE NAPOLI SUPPORTERS were arrested ahead of their side's UEFA Champions League match with Liverpool at Anfield on Wednesday night.

Three men were detained for violent disorder following clashes with Reds fans outside the stadium, according to Merseyside Police.

One man was arrested for affray, while another was arrested at the turnstiles for breach of the peace, a police statement confirmed. 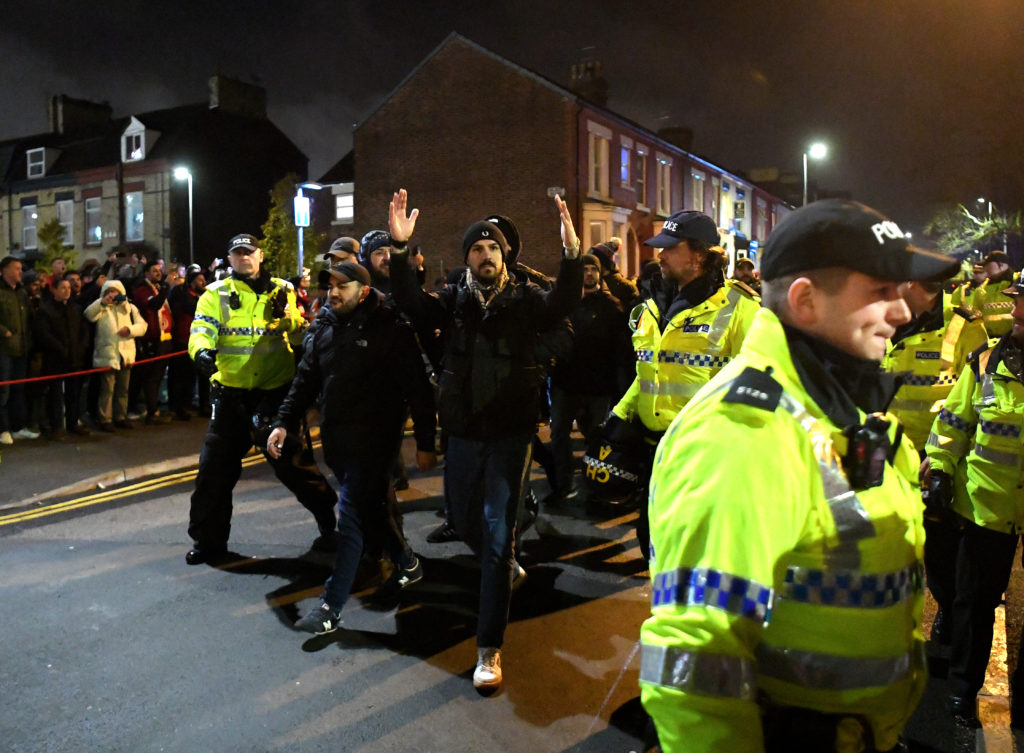 LIVERPOOL, ENGLAND - NOVEMBER 27: Napoli fans are escorted to the stadium by police prior to the UEFA Champions League group E match between Liverpool FC and SSC Napoli at Anfield on November 27, 2019 in Liverpool, United Kingdom. (Photo by Michael Regan/Getty Images)

Videos emerged on social media last night showing the Italian fans marching through the streets near the ground brandishing what appeared to be sticks, while acting aggressively towards Liverpool supporters and police officers.

There were rumours circulating that some Napoli fans were carrying golf clubs, but those allegations were debunked by local police.

"Merseyside Police is aware of social media posts saying Napoli fans are armed with golf clubs in the city centre," their statement read.

"Officers have responded and confiscated a number of flags attached to flag poles. No golf clubs have been found."

The skirmishes between Liverpool fans and Italian supporters comes a year-and-a-half after Sean Cox was violently assaulted by AS Roma supporters before a Champions League tie in the Italian capital in 2018. 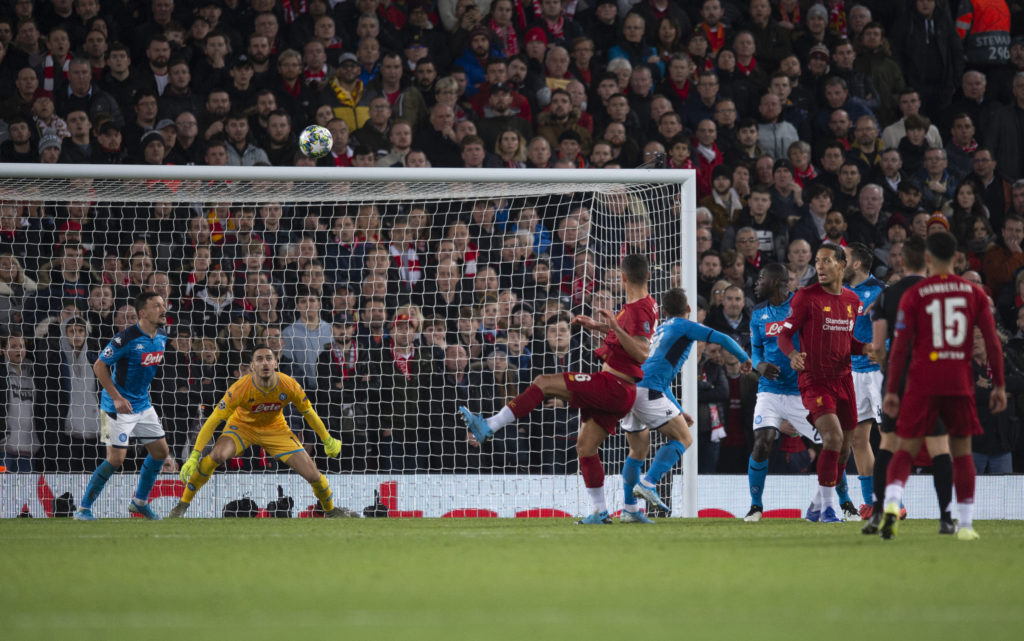 LIVERPOOL, ENGLAND - NOVEMBER 27: Dejan Lovren of Liverpool heads in the equaliser during the UEFA Champions League group E match between Liverpool FC and SSC Napoli at Anfield on November 27, 2019 in Liverpool, United Kingdom. (Photo by Visionhaus)

Last night's tie ended in a 1-1 stalemate after Dejan Lovren's second half header cancelled out Dries Mertens' opener for the visitors.

The draw keeps Liverpool a point ahead of Napoli, meaning that victory over Red Bull Salzburg in the final group game would guarantee Jurgen Klopp's men top spot.

Meanwhile, the vital point comes at a welcome moment for Napoli boss Carlo Ancelotti, who finds himself under the cosh following a run of underwhelming domestic performances, amidst a storm of internal infighting among players and the club hierarchy.