She compared his refusal to concede defeat with the "volatile and undemocratic situations in states such as Kenya, Sri Lanka and Zimbabwe."

Ms Robinson added that she was deeply concerned at Trump's refusal to respect the democratic transition of power, calling his behaviour "shocking."

Robinson chairs a group called The Elders - founded by Nelson Mandela in 2007 - who are made up of independent leaders striving for peace, justice and human rights worldwide.

As a group, The Elders have voiced their stern disapproval, and have suggested that the Republican Party's seemingly baseless claims of electoral fraud conveys a concerning lack of respect for the US electoral process.

"It is shocking to have to raise concerns about US democratic processes as The Elders have previously commented on volatile and undemocratic situations in states such as Kenya, Sri Lanka and Zimbabwe," Ms Robinson said.

"President Trump's refusal thus far to facilitate a smooth transition weakens democratic values. His fellow Republicans must now affirm their faith in the US Constitution, democratic institutions and the rule of law, so the country can begin a process of reconciliation." 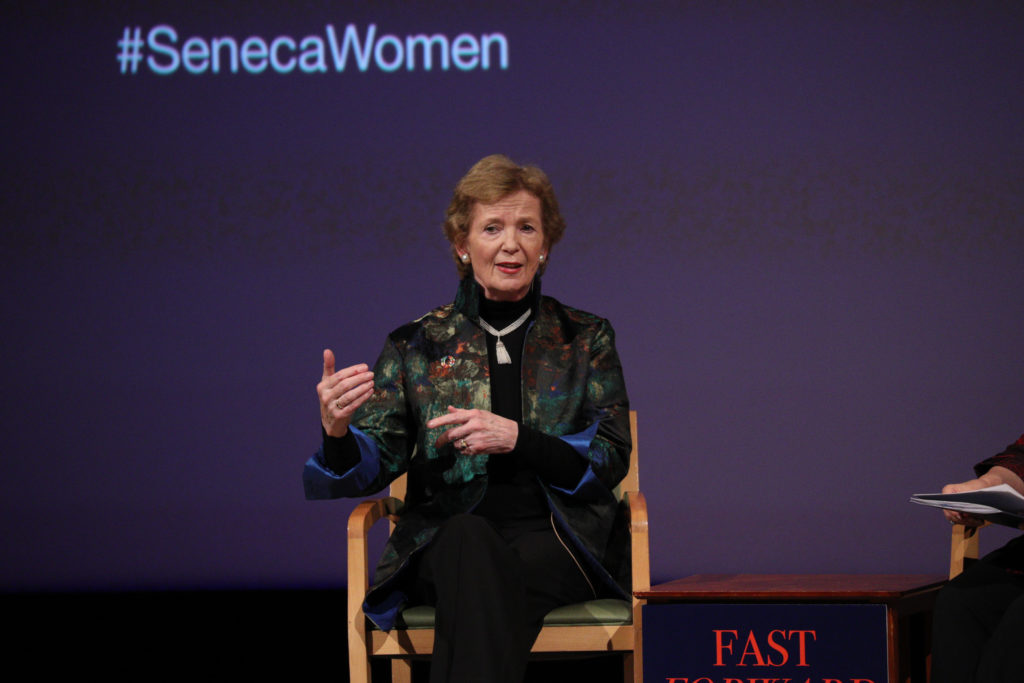 Mary Robinson, former President of Ireland, has laid into Donald Trump about his reaction to defeat in the US election

A spokesperson for The Elders said: "The continued assertions of electoral fraud by the President and some senior members of the Administration and of the Republican Party, offered as yet without any compelling evidence, convey a lack of respect for the integrity and independence of the democratic and legal institutions of the United States.

"Such an unprecedented situation could have far-reaching consequences beyond the United States' borders. Those who stand to benefit from the current impasse are autocratic rulers and malign actors who wish to undermine democracy and the rule of law across the world.

"President Trump should follow the example set by his predecessors and declare himself willing to accept the verdict cast by the American people at the ballot box," the spokesperson added.

"The executive powers available to the President until his successor assumes office on 20 January 2021 should be used judiciously in the interests of the whole United States, rather than for partisan gain.

"Continued baseless accusations of subversion risk further deepening the instability and polarisation in American society, and eroding public faith in institutions that is the bedrock of democratic life."