FORMER TAOISEACH BRIAN COWEN is reportedly seriously ill and has been admitted to hospital.

The 59-year-old was rushed to Beacon Hospital in Dublin last night after reports that the former Fianna Fail politician suffered a bleed on the brain.

A source close to the family has told the Leinster Express that Cowen is in the intensive care unit of the hospital.

His brother Barry, who is the sitting Fianna Fail TD in Offaly, is understood to have travelled to Dublin with other family members.

The Co. Offaly man has suffered from ill health in recent months and had been hospitalised for a few days back in April. 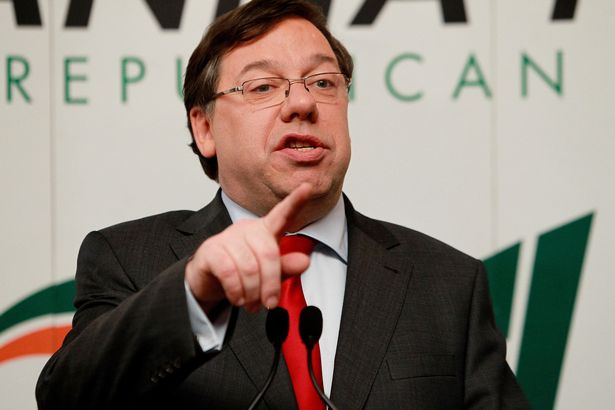 He was first elected to the Dail in 1984 as a TD for the Laois-Offaly constituency where he kept his seat until his resignation from office in 2011.

Cowen’s administration as Taoiseach coincided with the Irish financial and banking crises, where a number of Irish banks faced imminent collapse due to insolvency in 2008. In response the government instigated a €64 billion bank bailout.

After leaving office, he defended the government’s decision to protect the banks in 2008, but admitted that his administration should have increased taxes and cut spending.

He also admitted that his government should accept partial blame for Ireland’s late 00’s economic downfall. He compared the start of the 2008 economic crisis to a series of plane crashes, all taking place at the same time and each for different reasons.