PARENTS around the country have been warned to keep a sharp eye on their kids after a frightening incident in Co. Wexford on Wednesday.

An Garda Siochana have issued an appeal for information after a man attempted to get a young boy to enter his car.

It's understood that the incident occurred when the child left school around 5pm.

Gardaí say the young lad was walking home from school to Aclare, Campile when he was approached by a man he didn't know driving a dark coloured jeep. 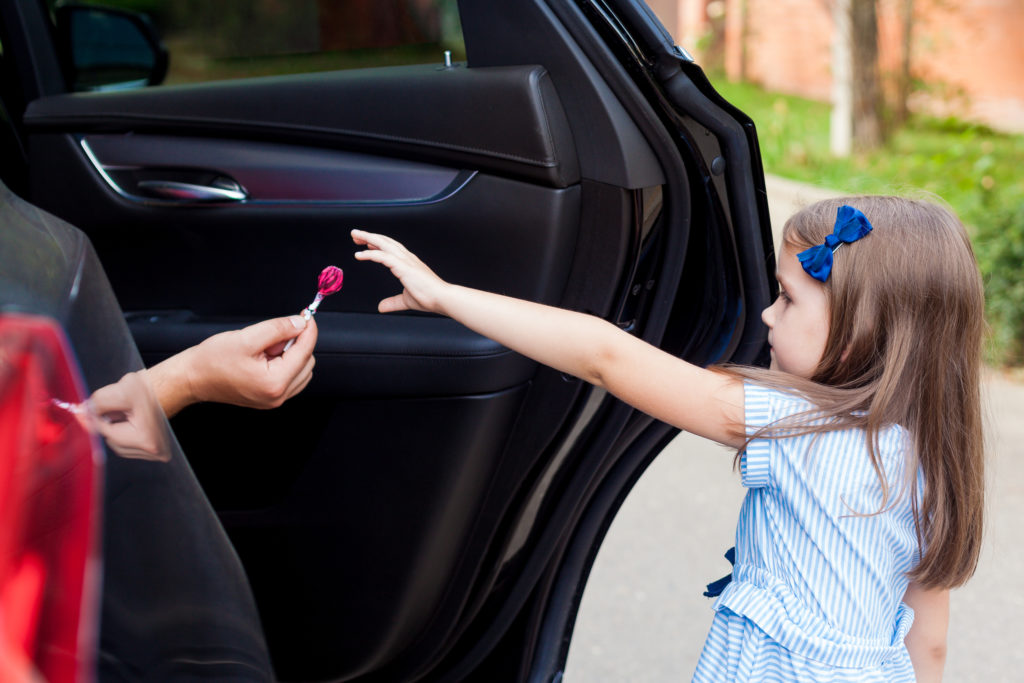 Stranger in the car offers candy to the child (stock image)

Horrifyingly, the man then told the boy his parents had asked him to pick up the boy and drive him home, but fortunately, the youngster chose not to respond and ignored the man until he drove off.

Parents are being encouraged to speak to their children about the dangers of speaking to people they don't know.

Gardai are now asking any local residents with CCTV to contact them and anyone with a dash-cam driving on the road between 4.30 p.m and 5 p.m. urgently on 051 426030.