GARDAÍ have released an EvoFIT of a man suspected of sexually assaulting a woman inside a Dublin taxi.

The alleged incident occurred in the early hours of Sunday, December 9 after the victim – aged in her 20s – left a Christmas party at Ballsbridge Hotel in Dublin 4.

She hailed a taxi from the venue but got out of the cab after she became unwell.

A short time later, the young woman got into another taxi at nearby Serpentine Avenue – but detectives are still investigating whether it was a genuine cab.

She was reportedly raped inside the white vehicle between 12.43am and 2.14am that morning and ended up in Mountjoy Square, in Dublin's north inner city.

Gardaí believe the car was parked on Emmet Street in Dublin 1 between 2am to 3am. 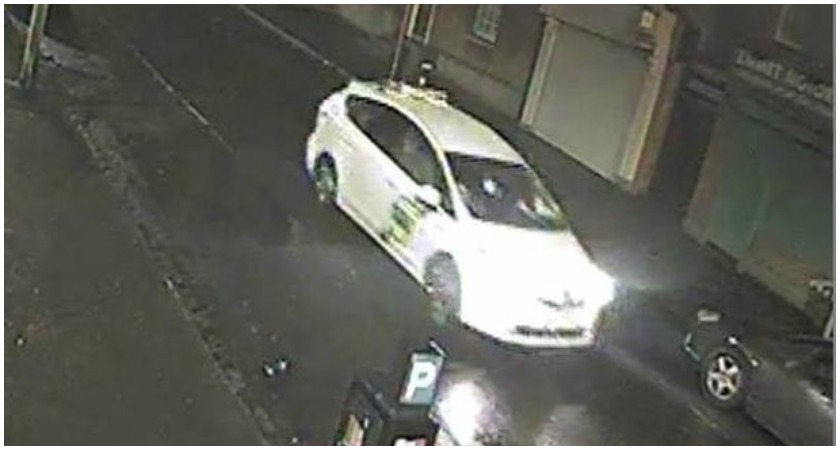 The vehicle involved was caught on CCTV (Image: An Garda Síochána)

The suspect is described as between 27 and 35 years old, with short black hair and a beard.

He was also wearing glasses and a short-sleeved shirt.

Gardaí have issued a fresh appeal for information and released a picture of the man and his vehicle on Tuesday.

They are continuing to appeal to people who may have seen the victim in the area in the early hours of December 9 to contact them, particularly any persons who were in the Shelbourne Road, Serpentine Avenue or Emmet Street areas between midnight and 3am.

In a statement, a Garda spokesperson said: "If any motorists who were in these areas and have dash cam in the vehicles, if they can check their footage and contact investigating Gardaí.

"Gardaí are also appealing to any persons who may have travelled in a white taxi in the early hours of Sunday morning to contact them at Irishtown Garda station 01 666 9600, the Garda Confidential Line on 1800 666 111 or any Garda station."

Man arrested and questioned over rape of elderly woman, 70s, in west of Ireland town