GREEN DAY, Fall Out Boy and Weezer are teaming up for an Irish super show after they announced they'll all be playing at the RDS Arena next summer.

The show will be held on Monday 29 June, 2020, with tickets priced from €79.50 going on sale via Ticketmaster and usual outlets nationwide on Friday 20 September at 10am. 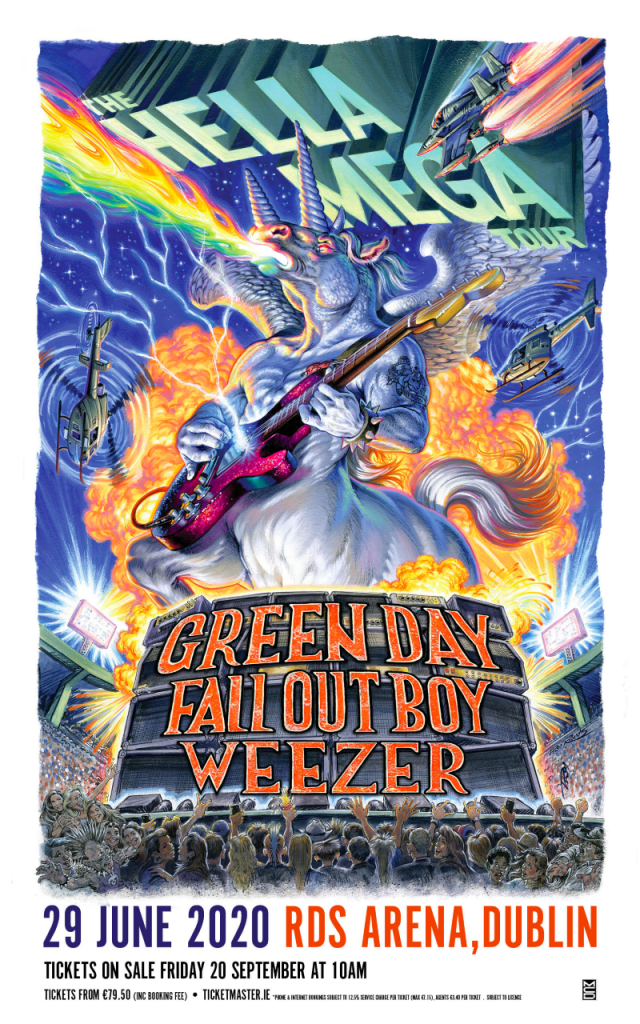 Green Day will reportedly open, before paving the way for Fall Out Boy and Weezer to follow later in the night.

The trio of rock bans are planning a transatlantic tour which is set to kick off next June. They start in Paris before hitting the likes of Glasgow, London and then Dublin.

After Ireland, they head back to North America to perform 20 more gigs around the USA and Canada.

They're calling it the HELLA MEGA TOUR, which ... pretty much sums it up.

And the poster for the tour is pretty in-line with the 'radical' name.

The tour is sponsored by Harley Davidson motorcycles, so concert-goers will be able to see and experience the newest Harley-Davidson models, including the fully electric LiveWire. 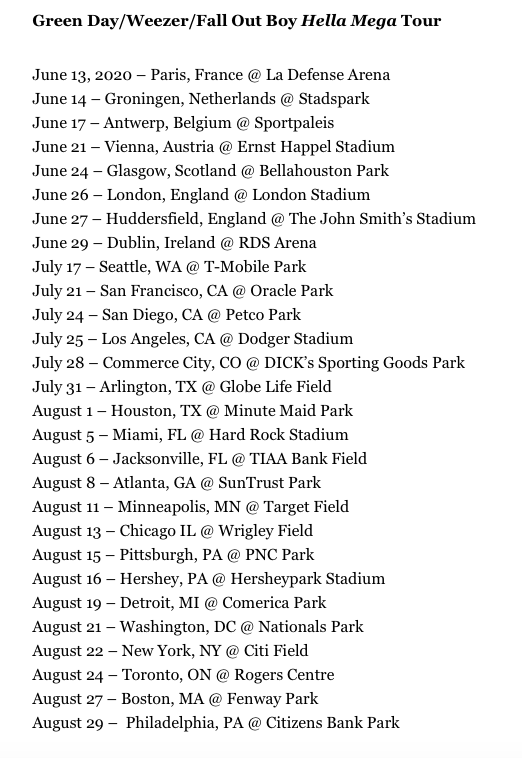