AN URGENT appeal for information ended in success after a beloved family pet and several puppies were found safe after being stolen from a house in Monaghan overnight.

Tasha, a golden retriever, and her young puppies were stolen from their home in Shantonagh, County Monaghan, as the family slept in the early hours of 12 June.

Last summer, Ireland was hit with a spate of dognappings as the price for dogs and puppies went through the roof, their value tripling as more people decided to buy a pet during lockdown.

While some stories have happy endings, with owners and dogs joyously reunited in emotional first-meetings thanks to the work of Gardaí, many more simply vanish, taken to other areas of Ireland or across the sea to the UK, never to be seen again.

A Garda appeal for information urged to public to remain vigilant and to contact officers if they had any leads which could help reunite Tasha and her puppies with their heart-broken family.

Taking to social media, officers from the Cavan Monaghan Garda Division shared photographs of the missing dogs along with a statement, writing:

"This is Tasha, a golden retriever. She was stolen from the Shantonagh area of Co. Monaghan along with her two female pups this morning, 12th June, between the hours of 1am and 7am.

"If you have any information that may assist in their recovery please contact the Gardai in Carrickmacross on 042 9690190."

They urged the public to share the post in the hopes that someone may recognise Tasha or her pups, or realise they noticed something suspicious in the area on the night in question.

And the appeal miraculously paid off, with a friend of the family sharing the happy news that Tasha and her puppies had been found. 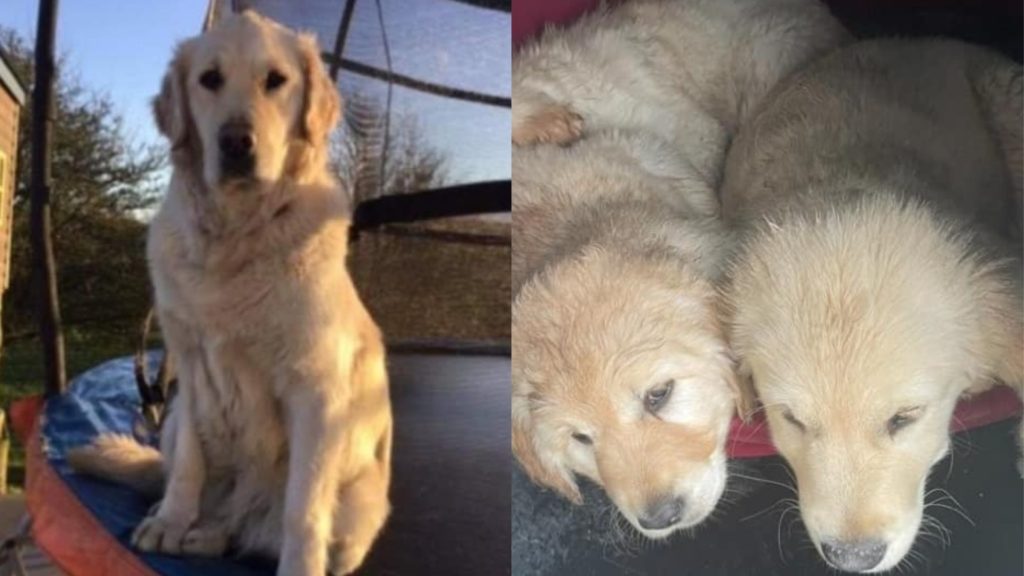 "Both mammy and puppies have been located and are back home safe and well where they belong, a happy ending for all!" Lorraine Adair wrote.

Mother dog Tasha was located first, with the two puppies found soon afterwards in a laneway not far from where Tasha was discovered.

Last year, as hundreds of puppies and dogs were stolen throughout the summer months, Gardaí issued advice as to how to keep your pets safe.

Crime Prevention Officer Sergeant Ber Leetch urged owners to keep a watchful eye on their pets, adding "For your dog’s security, I would recommend they are microchipped so that they can be easily identified if found and returned to the owner. Also place contact details on their collar in the event that they escape. Ensure that your home and garden are secure to prevent theft and deter potential culprits.

""If you have a high value breed of animal you may wish to consider CCTV and other crime prevention measures. If you are buying a dog, or returning a dog to its suspected owners, make sure the person is bona fide."