The parcel bomb sent to Heathrow partially ignited but no one was injured (Image: Met Police)

A GROUP calling itself the IRA has claimed responsibility for a series of explosive devices sent to targets in London and Glasgow last week.

In a joint statement, the Metropolitan Police and Police Scotland said the claim was sent to a media outlet in Northern Ireland on Monday using a "recognised codeword".

The claim said five bombs had been sent out, but only four have been discovered at Heathrow, London City Airport, Waterloo Station and the University of Glasgow.

"Given the packages received last week bore similarities to devices sent in the past which were linked to dissident groups associated with Northern Ireland-related terrorism, officers were already looking at this as a line of inquiry. However, we continue to keep an open mind and enquiries continue," police said. 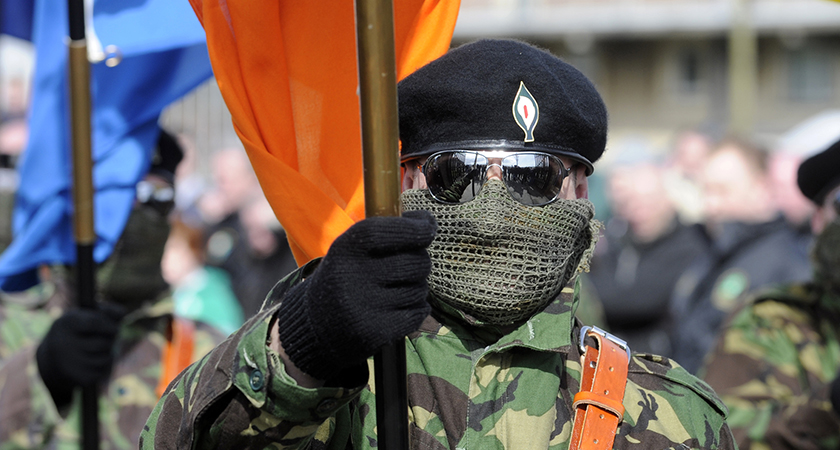 The claim was sent to the Irish News newspaper (Image: Laura Hutton/RollingNews.ie)

"We are also aware that those claiming responsibility have indicated five devices were sent. At this time, only four devices have been recovered.

"Extensive advice has already been issued to relevant businesses and sectors to be vigilant for and report suspicious packages to police. This advice was previously sent to armed forces personnel and is being reiterated again in light of this claim.

"We continue to urge the public to remain vigilant and report anything suspicious to police."

Last Tuesday, homemade devices were found in the post room at Waterloo train station in central London, City Aviation House at City Airport in east London, and the Compass Centre near Heathrow Airport west of London.

All three were found within A4-sized white postal bags containing yellow Jiffy bags and had been mailed from the Republic of Ireland with An Post stamps. No one was injured.

A day later on Wednesday, bomb disposal experts carried out a controlled explosion of a device found in the main campus post room at the University of Glasgow. The package was not opened and again no one was injured.

Investigators said they believed the devices had not been designed to kill. The only package opened was the one sent to Heathrow, which ignited and burned part of the parcel but caused no further damage.