A CHURCH in Ireland has attracted attention around the world after it hosted a drive-thru service on Ash Wednesday.

Hundreds of motorists turned out at St Patrick’s Church in Glenamaddy, Galway yesterday morning to have their foreheads  marked with ash.

Fr Paddy Mooney and a small team of helpers were on hand to greet queues of busy morning drivers lined up outside.

After the church posted brilliant pictures from the unique service on Facebook, the story was picked up as far away as in the United States.

Major US news broadcaster CNN reported on the innovative idea, praising Fr Mooney for “doing something a little different” to meet the needs of parishioners.

The initiative was also reported by news outlets in Canada as well as the Washington Post. 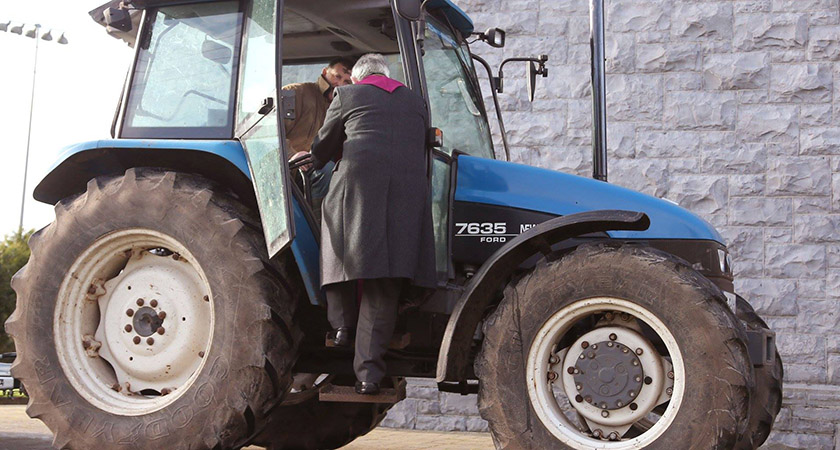 However, despite CNN’s international reputation, the broadcaster couldn’t get hold of Fr Mooney as he was “unable to speak to CNN due to his busy schedule.”

But Fr Mooney can be excused given the sheer numbers of parishioners who turned up to use the drive-thru service.

A tractor driver even turned up to get his forehead marked, with Fr Mooney having to climb the vehicle to mark the driver’s head.

The service, according to the church’s Facebook page, was a huge success, with parishioners thanked for the wonderful atmosphere and for being “very complimentary”. 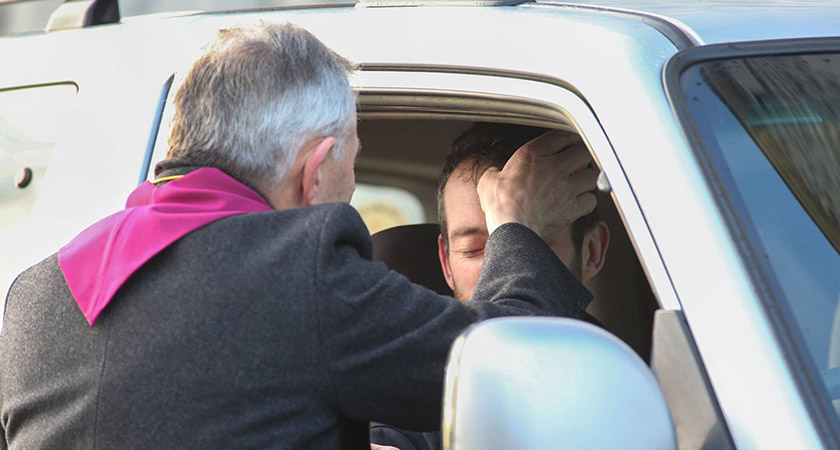 Motorists formed a huge line outside the church. Picture: Facebook

“Thanks to all involved for the reverent, respectful manner in which the distribution of ashes was carried out this morning," it said.

"There was a wonderful atmosphere. We were trying to reach people on the go and for some reason not able to attend Mass. We are very, very pleased."

The church say they will review the event to decide whether it should be repeated next year.

After the success of this year’s initiative it seems likely we haven’t seen the last of Fr Mooney and his on-the-go godliness.