THE IRISH community in Bradford will be officially recognised for the first time in 200 years when Easter Rising events take place across the city this month.

A weekend of 1916 inspired functions are scheduled for April 22 and 23, with the first a civic reception hosted by Lord Mayor of Bradford, Councillor Joanne Dodds, at Bradford City Hall.

Joe Sheeran, Membership Secretary of the Comoradh ’16 group, who have organised the centenary celebrations, claims the commemorations are doubly significant for the Irish living in the city.

“This is quite a remarkable initiative that has been lent significant support by Bradford Council,” he told The Irish Post. 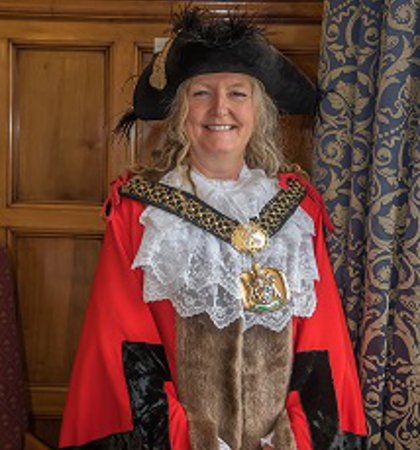 “And as it is the first time in two centuries that the Irish community in Bradford has received official civic recognition, it promises to be a milestone in that group’s history.”

Irish Ambassador Dan Mulhall will be the guest of honour at the Mayor’s reception on April 22, which will include guests from the Irish and other communities across the city.

A spokesperson for Bradford City Council told The Irish Post: “There will be a City of Bradford Metropolitan District Council civic reception at the Banqueting Suite, Bradford City Hall, for the group ‘Comoradh 16’, to commemorate the Proclamation of the Irish Republic.”

Later that evening, in the Council Chamber at City Hall, Dr Brian Hanley, of University College Dublin, will give a public lecture entitled ‘In Face of the World’.

The event will be chaired by Paul Rogers, Professor of Peace Studies at Bradford University.

The Council confirmed: “The distinguished Irish historian Dr Brian Hanley will present his interpretation of the Easter Rising and its impact on the Irish community in West Yorkshire.”

Regarding the events planned, Mr Sheeran, who is also the host of Bradford Community Broadcasting radio’s weekly Echoes of Ireland show, explained: “This weekend sees the actual centenary of the Rising in 1916 and as Irish people we are seeking to commemorate that event in the hope that our efforts will reflect not alone our own cultural heritage but also the societal vision and aspiration contained in the Proclamation of the Republic read by Padraig Pearse from the steps of the GPO in Dublin on Easter Monday 1916.”

An Irish Language Fun Workshop and Irish Evening of Entertainment will also take place during the centenary celebrations.