AN IRISH FAMILY who faced deportation from Australia because their son had cystic fibrosis have finally been told they’re allowed to stay.

Christine and Anthony Hyde and their three-year-old son Darragh have been granted residency in the country after immigration minister David Coleman intervened in their case, when it looked as if they would be forced to leave.

They applied for permanent residency shortly before Darragh was born, but once he was diagnosed with cystic fibrosis, their application was rejected by the government because it was deemed that Darragh’s illness would be a burden on the state.

Australia has very strict laws regarding immigration and residency, even for individuals born in the country, like Darragh. 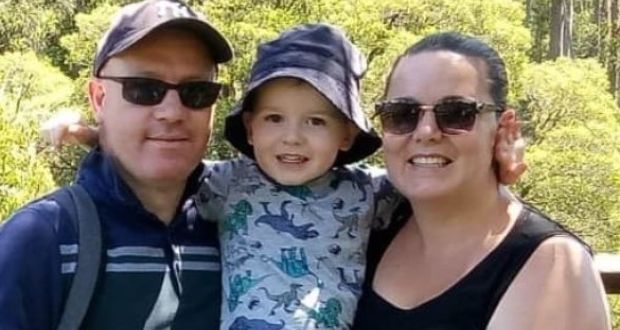 The Hyde's have been granted residency in Australia

As is the case in Ireland, a child born in Australia cannot automatically become a citizen unless their parents are both citizens. They must wait until they’re 10 years old before they can apply for citizenship.

The Hyde’s had their last minute change of fortune after a public outcry regarding their plight caught the attention of the Australian public and over 120,000 people signed an online petition which called for the family to be allowed to stay.

In a blog post on Friday, Christine celebrated by the news while confirming that minister Coleman had intervened on their part.

“Late yesterday evening we received the good news that we were granted residency,” she wrote.

“We are so excited, a huge weight has been lifted and we can continue our lives. We are completely grateful to everyone!!”

The Hydes have been living in Australia for 10 years after leaving Ireland back in 2009.