Irish fugitive, 64, extradited from Britain after eight years on the run

AN Irish fugitive who was on the run for eight years before being found hiding in Wales has been extradited back to Ireland.

John Joseph Mullen, 64, was wanted in connection with drug-supplying offences when he fled.

He was extradited back to his home country on board a flight from Heathrow to Dublin yesterday afternoon.

Detectives from North Wales Police handed over Mr Mullen to detectives from An Garda Síochána who travelled to Britain to get their man.

Mullen was discovered by North Wales Police in mid-January after living with a false identity in the small village of Carreglefn in Anglesy, north-west Wales.

A European Arrest Warrant was issued in Ireland seeking Mullen on drug-related charges.

Det Chief Inspector Brian Kearney said: “Throughout this case we have worked closely with our colleagues from the  Garda Síochána to facilitate this extradition under a European Arrest Warrant. 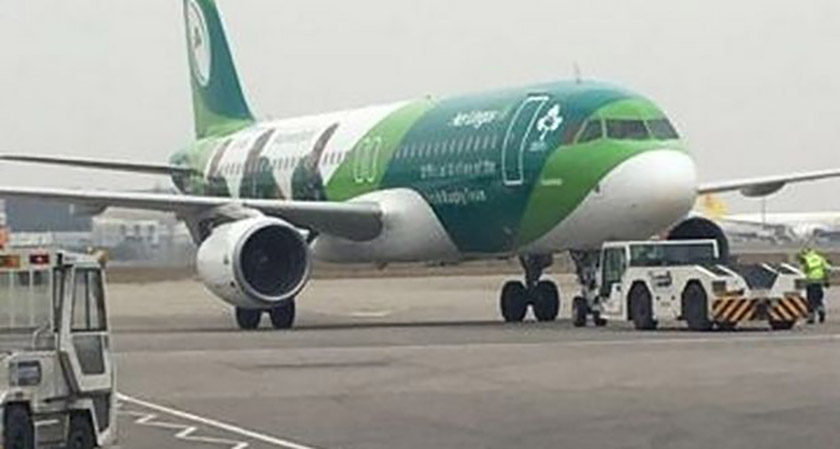 Mullen was extradited on this Aer Lingus flight on Thursday afternoon [Picture: North Wales Police]
“We fully appreciate the shock this arrest caused in the local community concerned however I’d like to reassure them that our stance on drug suppliers is very clear.

“There will be no hiding place.  We remain totally committed to ensuring that North Wales will not be a safe haven for international criminals”.

Carreglefn, where the man had been staying for an unknown period of time, is a small village of less than 1,000 people.

Locals were left shocked after learning that a fugitive had been living in their midst.

One resident told the Welsh Daily Post: “There was a man who kept himself to himself - but that’s pure speculation.

“It shows that nobody knows whose living around you. I’m at a loss as to who he is.

“This is a very large area stretching towards Mynydd Mechell, but something like this shows that you have to be more vigilant.”