AN Irish naval ship which has been positioned in Cork since March to support the fight against Covid-19 has now returned to its harbour base with its service completed.

It followed an unbroken presence by the ship in the city since March 20, where it operated in support of Ireland’s health service, the HSE.

The ship and personnel were deployed in the fight against Covid-19. 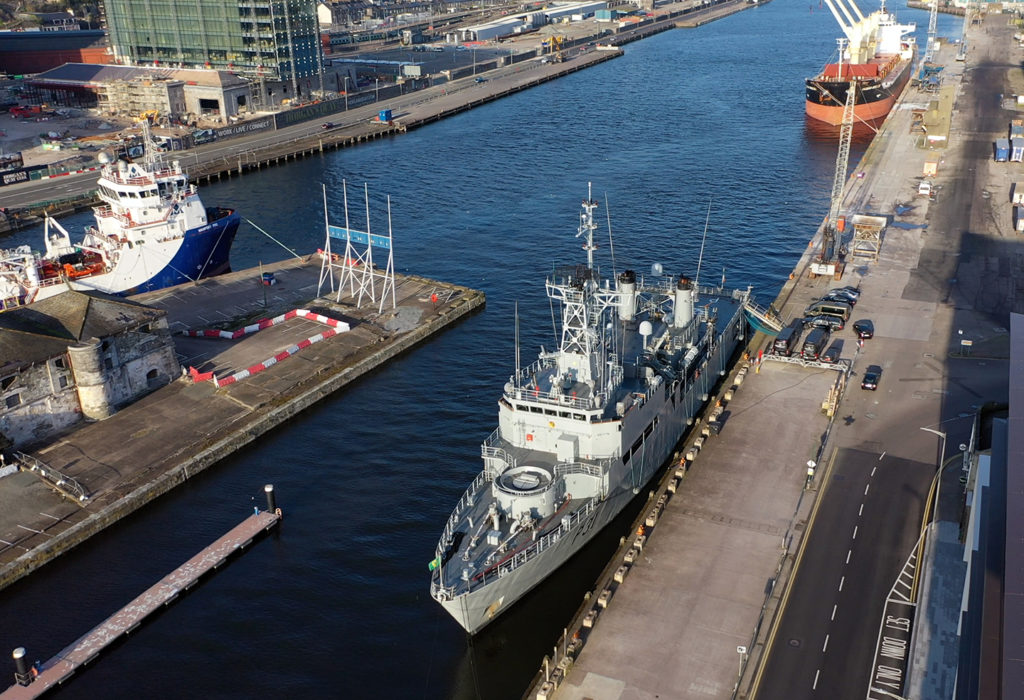 LÉ Eithne was utilised for a variety of roles to fight the pandemic - including the distribution of PPE and the delivery of PEE training for port facility staff in Cork and Waterford.

Naval Service Ships, as part of the Defence Forces’ Operation Fortitude, have acted in support of the HSE and the National Ambulance Service since March 15.

Throughout Operation Fortitude, these naval ships have been supported by personnel from Ireland’s naval service reserve.

Operation Fortitude is the Defence Forces operation in response to Covid-19.

It has been coordinated by the Defence Forces Joint Task Force in McKee Barracks, Dublin and includes the coordination of operations on land, sea and air.