NOW THIS is the way to get eejits to stop dropping their rubbish everywhere.

We've tried big fines and jail time, warnings about the damage to the environment and dangers to young children or animals hurting themselves on sharp objects littering the streets.

We've been rightly preached to about the detrimental effects that litter has on our otherwise beautiful views and scenery; every schoolchild has been taught about the importance of recycling; the Irish government has declared a climate emergency which we all know can be battled by not leaving your plastic wrappers and crisp packets floating around the parks.

But for some the message just never seems to sink in, and there's only one thing left for it:

In a post which was uploaded to Reddit today by user u/DangerBurger , it seems Longford Tidy Towns' committee is sick to death of using the polite approach and have decided to take a new angle. 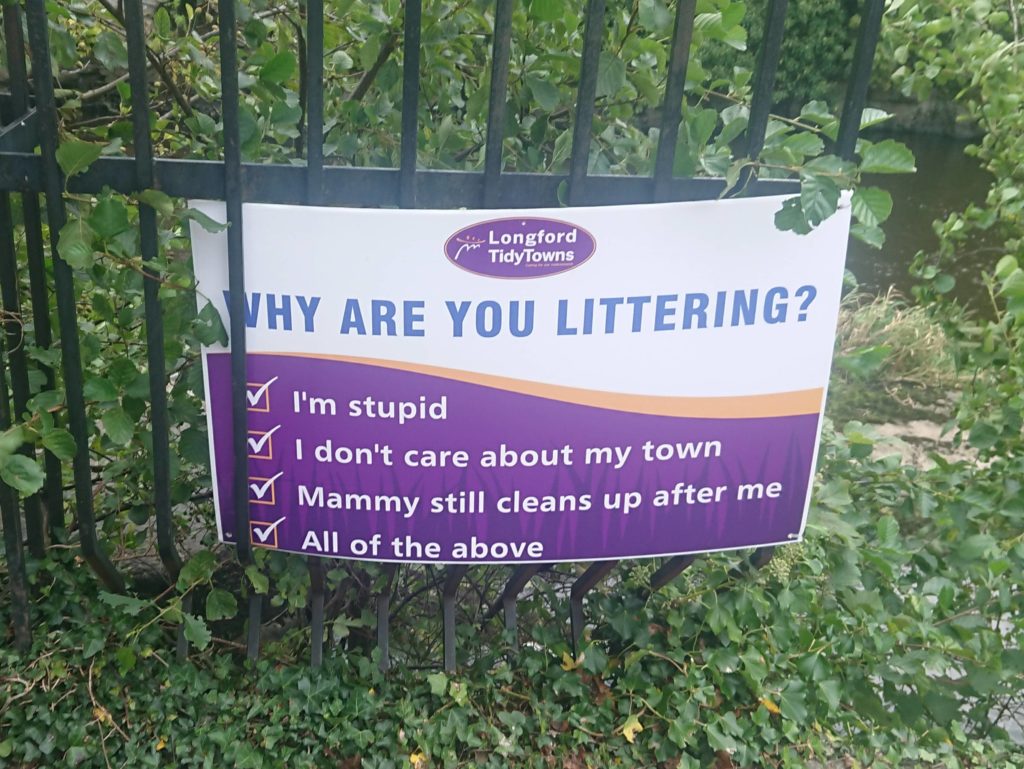 In a sign written so brilliantly that you can actually hear the sneering voice reading out the words, the Tidy Towns committee have asked people "Why are you littering?" With the option of four possible answers...

It's going down well so far, with some commenters on Reddit suggesting the signs be rolled out across Ireland, with one user saying "These need to be on giant billboards in Dublin city paid for by DCC [Dublin City Council]".

Fair play to Longford Tidy Towns for thinking outside the litter-strewed box.