A TOP US security chief has warned that terrorist groups such as Islamic State are targeting aircraft to carry out another huge terror attack on the scale of 9/11 in Europe.

Elaine Duke, acting US Homeland Security Secretary, said that recent attacks involving knives and vehicles such as those in Manchester and London were aimed at raising money and “keeping their members engaged”.

She also warned it was “clear” that terrorists want to hijack planes to mirror the catastrophic attack in America on September 11, 2001 – which took the lives of 2,977 people.

Speaking after meeting Home Secretary Amber Rudd at the US embassy in London, Ms Duke said: “The threat is still severe.”

“The terrorist organisations, be it ISIS or Al-Qaeda or others, want to have the big explosion like they did on 9/11.

“They want to take down aircraft, the intelligence is clear on that.”

Britain and Europe have experienced a wave of crude attacks in 2017, from the suicide bombing at Manchester Arena to the ramming and stabbing attack in Westminster.

Last month, it emerged that the terrorists responsible for the London Bridge attack in June had planned to attack Ireland but decided against it.

An Irish ID card was found on the body of one of the three attackers – Rachid Redouane – after he was killed by armed police. 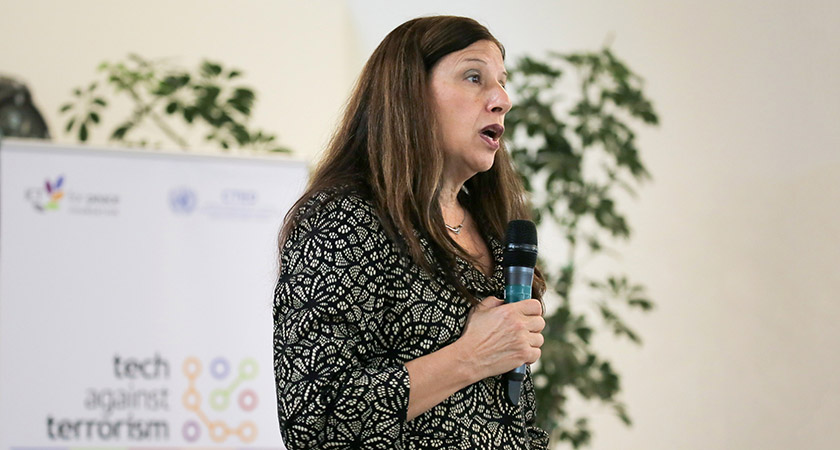 It also emerged that he had lived in Dublin for a number of years with his second-generation Irish wife.

Ms Duke said terrorist groups are “happy” to carry out smaller-scale atrocities to keep their followers engaged while they plan larger attacks.

“Creating terror is their goal,” she said. “And so a van attack, a bladed weapon attack, causes terror and continues to disrupt the world.

“But that does not mean they have given up on a major aviation plot.

“The laptop is one of the many aviation threats, we will never be comfortable and we will always be evolving.

“What we believe is that because of the movement of goods and people, we have to raise the baseline worldwide, we can’t only consider our borders.

“We think the level of terrorist threat against the United States, too, is extremely high.”

She said the United States has “strong measures” in place to prevent large-scale attacks but added: “Terrorists are strong, they are adaptable and the terrorist threat is the highest it has been since pre-9/11.

“We have got to have every tool that’s possible.”

Almost 3,000 innocent civilians were killed in the 9/11 attacks when passenger planes were hijacked and flown into the World Trade Center in New York and Pentagon in Washington.

United 93 – a fourth plane which was likely targeted at the White House – crashed into a field in rural Pennsylvania after passengers fought back against the four hijackers on board.