TWO IRISH politicians have drawn criticism for declaring “all lives matter” during Dáil statements on the issue of combatting racism in Ireland.

Protests were held in Dublin, Belfast and several other cities across the island of Ireland in a show of solidarity with demonstrators in the US.

The demonstrations came in the wake of George Floyd’s death while in police custody in Minneapolis.

Protests were held under the banner of “Black Lives Matter” with activists eager to shine a light on the issue of systemic racism.

While many across Ireland have been eager to address the topic, Kerry TD Danny Healy-Rae appears less convinced telling the

“The youngsters at home pointed out to me that black lives matter. We believe that all lives matter,” he told the Dáil.

“Even the small unborn babies that we fought so hard for in this Chamber also matter.”

"All people all around the world, whatever nationality and whatever colour they are, they all matter. We all agree with that."

Mr. Healy-Rae's comments were echoed by Cork South-West TD Michael Collins who described the phrase “all lives matter” as his “mantra”.

"My mantra in life has always been that all lives matter, from the unborn baby in the womb, to the man and woman on the street, black or white. All lives matter. Dignity, respect and a little bit of humanity would go a long way in this Covid-19 world we all find ourselves in." 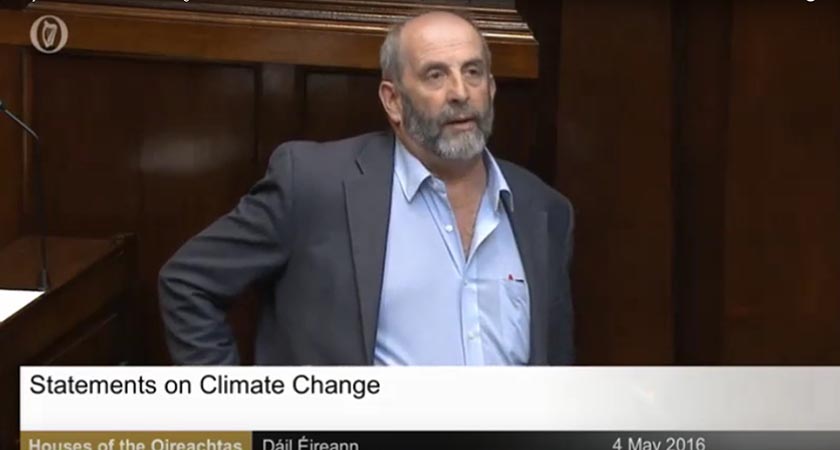 Speaking to The Irish Examiner, Shane O’Curry from the Irish Network Against Racism (INAR) condemned the use of the phrase as an attempt at undermining the Black Lives Materr movement.

"I find it hard to believe that at this stage in the debate, anybody doesn't understand what the true meaning of that statement is,” he said.

"The reason we say Black Lives Matter now is that we live in a culture and arrangement in which black lives, unfortunately, don't count as much as white lives. So it's necessary to say that Black Lives Matter.

"That's why there's a global movement. And Deputies Healy Rae and Collins really need to wake up and smell the coffee because their comments will only embolden people who want to deny the rights of black people as equals."

"One is asked what it has to do with us and told that surely all lives matter. Of course, what that sentiment fails to recognise, sometimes deliberately, is that it is precisely because all lives matter that we must declare solidarity with the Black Lives Matter movement,” he said.

"The death of George Floyd could only happen in a society in which some people believe that the lives of black people and other people of colour do not matter."