The ex-IRA commander was sentenced to 16 years in prison in 2013 for raping his own daughter during the late 1970s and early 1980s.

He was convicted of ten offences against Áine Tyrell – three counts of rape, four of indecent assault and three of gross indecency – when she was aged between four and nine.

Earlier this month, Adams was moved to a hospice from Maghberry Prison for end-of-life care for terminal cancer.

In a statement, the Northern Ireland Prison Service "confirmed the death in custody of a 63-year-old prisoner from Maghaberry Prison. 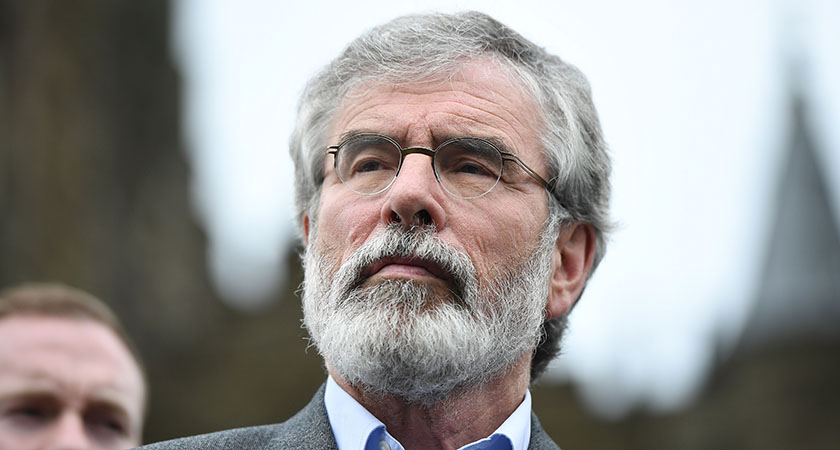 "The prisoner died on Monday morning... His next of kin have been informed," it continued.

"As is standard procedure, the PSNI and Prisoner Ombudsman have been informed."

Ms Tyrell waived her right to anonymity in 2009 to speak out about the abuse suffered at the hands of her own father in a television documentary.

That same year, Gerry Adams revealed his father Gerry Snr – a veteran IRA man – had physically and sexually abused members of his family.

Liam Adams – also a former militant republican – fled to the Republic shortly after his daughter made the allegations but was eventually brought back to Belfast and convicted.

The abuse scandal put Gerry, then leader of Sinn Féin, under intense public pressure and political scrutiny at the time.

Ronnie Armour, Head of the Northern Ireland Prison Service said: "I would like to extend my sympathy to the family of the prisoner.

"My thoughts are with them at this difficult time."