THE HEADQUARTERS of London Mayor Sadiq Khan and an East End skyscraper are among a host of new buildings to ‘go green’ this year to mark St Patrick’s Day.

Tourism Ireland on Thursday morning announced the line-up for its eighth annual ‘Global Greening’ initiative to light up some of the world’s greatest landmarks for Ireland’s big day.

Other buildings to be coloured green this year include Nelson’s Column in London, the Empire State Building in New York, the Great Wall of China, Burj al Arab in Dubai, the Colosseum in Rome, the Leaning Tower of Pisa and the London Eye.

One World Trade Centre in New York, Matsue Castle in Japan, Plaça de Catalunya and the fountains on Gran Via in Barcelona, the Cloth Hall in Ypres and the famous red carpet in Cannes – which will become the ‘green carpet’ on St Patrick's Day – are among the landmarks that join the list for the first time.

Tourism Ireland’s ‘Global Greening’ campaign first kicked off in 2010 and has added new landmarks from across the world to its collection year on year.

Man-made structures are not the only landmarks to make it onto the list, with the Niagara Falls set to be lit green on St Patrick’s Day on both the Canadian and US sides. 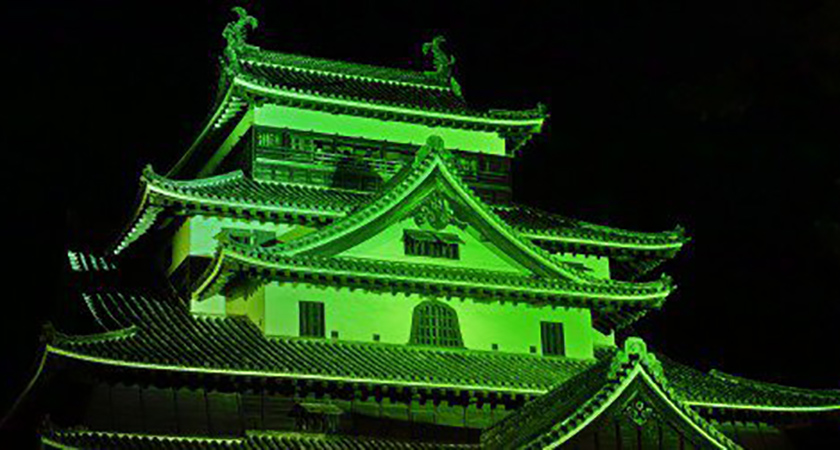 An artist's impression of what a 'greened' Matsue Castle may look like (Picture: Tourism Ireland)

Minister for Transport, Tourism and Sport, Shane Ross TD, said: "From modest beginnings in 2010, the Global Greening initiative has grown to become a significant worldwide reminder of both St Patrick’s Day itself and also of Ireland and its appeal as a visitor destination.

“From the perspective of our Irish Diaspora, it is gratifying that their contribution to the fortunes of other nations is recognised so visually around the globe.”

Niall Gibbons, CEO of Tourism Ireland, said: “The eagerness of cities and countries everywhere to take part underlines the strength of the deep connection that people all over the world feel to Ireland.

“More than 70 million people around the world claim links to the island of Ireland and St Patrick’s Day is a truly unique opportunity to reconnect them with their heritage.”